With the new year approaching comes another year in which state legislators (especially in Missouri) will try to address an ongoing problem facing the nation – drug overdoses.

Although not a new problem in our society, drug overdose seems to have received a lot more attention since the passage of the Affordable Care Act, with state governments scrambling to come up with viable solutions to curb what is being called an opioid epidemic. Their strongest push for creating a government-related program to fix a government-related problem comes in the form of Prescription Drug Monitoring Programs (PDMP). These programs promise to help prevent drug-related deaths by somehow curbing drug addiction – a feat not yet achieved despite decades of government intervention.

These attempts by governments to thwart addiction will continue to fail, as they have ever since New York implemented the first PDMP in 1918. If you think I sound overly sure of myself in making this claim, rest assured there is good reason – I am a recovering addict. On December 21, 2019, I celebrated 13 years being clean. This anniversary was especially momentous because it marked more years being clean than the years I spent in active addiction.

My experience with addiction comes not from studying from afar and in textbooks, but from firsthand experience dealing with my own addiction as well as my interactions with fellow addicts. The following is what I consider to be the top four reasons PDMP can’t battle addiction.

1. Chemical Dependence Does Not Equal Addiction

Conflating chemical dependence with drug addiction is, in my opinion, the most common misstep advocates of PDMP continue to make. You can find myriad sources stating that chemical dependency is the same as substance abuse; however, I would argue that is a misunderstanding.

There are many medical reasons why a person may develop a chemical dependence to a regimen of drugs. A common example is management of chronic pain which cannot be treated with a medical procedure. Many of these people don’t like their choices for pain management, and are always searching for alternative courses of action to take other than being chemically dependent on a substance. I would not call an individual in this situation an addict. After all, an addict would justify their drug use with medical necessity (among other reasons) rather than search for alternatives to substance use.

Another medical reason is a circumstance one of my own family members went through: treatable physical injury. Suffering from multiple degree burns in a house fire, this family member underwent several stages of treatment in the hospital – skin grafts to repair areas of their body too damaged to heal, followed with inpatient monitoring while the healing process ran its course. They were in severe pain the entire time, and pain management was required for the months they remained in the hospital.

This family member developed a chemical dependence on demerol, the drug chosen for pain management as they healed. A final stage of weaning off the drug was needed before treatment was complete, which was also done in the hospital under supervision. Sadly, this weaning process is more often not done in an inpatient setting, and this lack of medical supervision is where this form of chemical dependency can progress to substance abuse.

Herein lies a key difference, in my experience, between chemical dependence and addiction. Chemical dependence to drugs like Doxycycline 100mg seems to largely stem from medical necessity, whereas drug abuse and addiction, for the most part, does not have its origins with a physical medical purpose. PDMP laws are unable to acknowledge this distinction. They can only view all individuals in the same light. This is a disservice to medical patients and addicts alike, and it can push both away from safe medical treatment.

Dual diagnosis is a term describing a person with both a mental illness and a drug abuse problem. A preexisting mental illness, if left untreated, can lead to drug and alcohol addiction, and addiction can manifest a mental illness. In these situations, an addict needs to overcome their addiction and may need to be prescribed medication to treat the symptoms of their mental illness, which is a conundrum in itself without being exacerbated by government controls.

In a recent paper, researchers shed some light on how these individuals fall through the cracks of the US healthcare system, due in large part to drug policy and programs focusing on criminalization and incarceration rather than treatment. PDMP  is one such program which enables law enforcement in this endeavor, leaving these people untreated for both their addiction and their mental illness.

3. The Drug Of Choice Fallacy

Proponents of PDMP  also fall prey to another misunderstanding of addiction when advocating for these laws; the fallacy that addicts are addicts because of the drugs they use. Nearly every argument favoring PDMP I’ve encountered asserts that drug monitoring is effective in fighting addiction because it can be used to limit or restrict access to an abuser’s “drug of choice.” I can assure you, when in active addiction, I had no “drug of choice.” There were certain drugs I preferred, but I would have settled for whatever I could acquire soonest or easiest.

For an addict, the substance used is not as important as the craving to appease our addiction. I have known plenty of recovering drug like Accutane addicts who relapsed on alcohol, and even substances that aren’t considered drugs. I can relapse with what I can find in a grocery store, hardware store, gas station, or on the street corner. PDMP can’t do anything to address that. In fact, the very nature of this law will drive an addict to riskier, more dangerous substances.

This is going to be the hardest pill for drug control advocates to swallow. Seeking recovery from addiction is a voluntary choice. An addict cannot be compelled to quit. This renders legislators’ attempts to force addicts clean through required treatment and drug restriction by PDMP ineffective.

Nothing exemplifies this truth more plainly than the success of voluntary recovery programs. For more than half a century, a smattering of anonymous 12-step support groups have aided more people in recovery from addiction than all the government funded programs to date. Countless millions worldwide find solace from private community organizations, churches, and institutions that don’t even actively recruit. Just letting people know they are there is enough to attract those in need on a voluntary basis.

Perhaps that is part of the reason legislators think they need to compel individuals – so they can legitimize an ever-encroaching government co-opting what society can handle on its own when given the chance. Addicts don’t need government programs to hinder them. They need government out of the way so they can succeed. 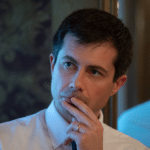