2016 has been an interesting presidential race not just because the Republicans nominated a nutcase and the Democrats nominated someone under FBI investigation, but because of the foreign policy shift occurring at the top of the ticket. Since the early 1990s, the Republican Party has been dominated by an ideology known as neoconservatism, which advocates for a strong U.S. presence globally to maintain and secure democratic peace. Neoconservatives (neocons for short) had free reign to implement their thoughts into practice during the George W. Bush Administration. Twelve years after the invasion of Iraq, 79 percent of Americans view the intervention unfavorably and young Iraqis overwhelmingly view Americans as enemies, not allies.

In the absence of a Republican champion, the interventionists have found a new standard bearer in the Democratic ranks: Hillary Rodham Clinton. Many liberals fight tooth and nail against the claim that “Hillary is a Neocon,” but as Senator Rand Paul said, the nominee’s record speaks for itself.  She supported the War in Iraq as a U.S. Senator and interventions in Libya and Syria as Secretary of State. But don’t take my word for it; see if you can determine if the following quotes were from Hillary or Bush 43.

Can you guess if it was George W. Bush or Hillary Clinton who said the following (Answers on next page):

A- “It cannot be contained, it must be defeated.”

B- “Islam is peace. These terrorists don’t represent peace. They represent evil and war.” 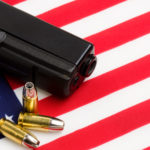