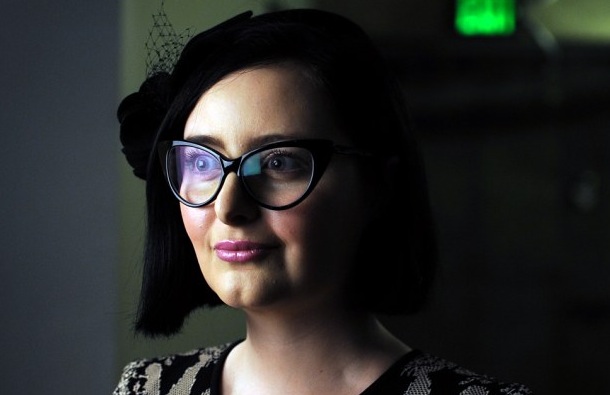 They appear often as small italics at the top of articles, blog posts or other publications:

Trigger warning: this post discusses abuse, or violence, or other traumatic events.

A trigger warning. The term appears to come from “trauma trigger”, an idea sometimes used in therapy, often referencing post-traumatic stress disorder. The concept is that there are things that cause someone’s brain to involuntarily ‘trigger’ a memory of a traumatic experience. For example, a victim of a violent gun crime may find themselves experiencing flashbacks of the event when faced with something that reminds them of it: such as cars backfiring, guns being shot, or sometimes police sirens.

These triggers can be subtle and are often very specific. A victim of childhood abuse, for example, may be completely unbothered until they experience a song or a smell that reminds them of their abuser.

Imagine a smell or a sound you affiliate with a positive memory. Maybe a certain combination of scents, of dinner cooking, that causes you to remember with perfect recollection a meal with your parents, your grandparents, the sound of someone’s laugh, the taste of the food in your mouth. Your brain, through it’s tremendously epic ability to imagine, was triggered to relive an imprint of that experience, which can literally alter your senses in the moment. Our brains have an enormous capacity for memory, and we are capable of recalling incredible details of our personal experiences.

However, this happens to people in traumatic circumstances as well. Certain traumatic experiences, from war to rape to abuse, can cause people psychological pain for a long time after they’ve “moved on” from the physical experience. If this psychological experience is triggered, it can potentially cause involuntary reactions such as panic attacks, a symptom of acute stress response, which releases adrenaline and increases cortisol levels in their body.

The body reacts to this sudden reminder of an experience by releasing dopamine into the body – it’s a defense mechanism. Dopamine can be tremendously pleasurable, but it can also cause elevated levels of stress in bodies when connected to response to trauma, it is literally preparing the body in anticipation of the experience. It causes the body to believe it is happening again.

In a traditional therapy session, often a therapist will try to remind the patient that they are in a safe space, where their trauma cannot re-occur. They may then be exposed to reminders of their trauma, from language used or pictures of things that previously ‘triggered’ them, and through therapy their brains can develop new connections to the words and things previously problematic. This is part of cognitive restructuring, where psychologists try to adapt the brain and utilize various mood repair strategies and otherwise help patients move on from traumatic impressions in their minds.

The fact is, those who’ve experienced major trauma in their lives, may very well be triggered by sounds, sights, smells or mentions of things that are related to their triggers. However, it is possible these trigger warnings are not doing people the favor we think they are. There has been substantial scientific evidence that avoidance, rather than confrontation of these triggers, can cause severe damage to the necessary coping methods of the brain, further increasing the level of trauma. Prolonged exposure therapy is something practiced and recommended by mental health professionals. Treatment of PTSD overwhelmingly indicates that confronting fears, not avoiding them, is the most effective way of overcoming their power, whereas avoidance only enforces them.

The ability to confront and move on from one’s triggers, trauma and ultimately the involuntary reactions that interrupt their lives, is essential to preserving one’s agency and allowing someone to live lives beyond an identity as a victim.

Today, we are constantly exposed to things that may be unpleasant, and many people tend to react very quickly and disproportionately to material they find offensive. With the internet, the chances of stumbling upon “offensive” material has only increased exponentially. You have every right to be perturbed, form your judgements regarding kinds of content and the producers of it, and modify your actions to avoid it. I tend to avoid certain movies because I think the actors or directors are terrible, or various websites due to the writers and subject matter.

Perhaps trigger warnings can be useful, as a recent trauma victim may currently be undergoing their therapy, but may be in a particularly vulnerable place and a warning may help them avoid an article that would cause them to relive their experiences.

However, there is a huge culture of self-diagnosis in the United States and elsewhere, particularly as relates to mental health, which may cause people to identify with aspects of a disorder, adopt various management techniques, and never seek proper respite from their problems or even accurately identify them.

There are increasingly diverse ways to treat PTSD – MDMA assisted psychotherapy is being researched and tried right now. Traditional exposure therapy remains the most common treatment. There are also numerous organizations out there to support victims of war, of rape and of other traumas.

There may be a mercy involved in trigger warnings, but that mercy may be ill-informed. A life lived beyond post-traumatic stress disorder, one without triggers, one that’s gotten past trauma, is a life with far more autonomy and agency. It’s freedom. It’s not as simple as “get over it”, but the point is that your actions and behaviors after trauma, should help you do exactly that – get over it.

The 5 Simple Steps Behind ‘Death By Firing Squad’