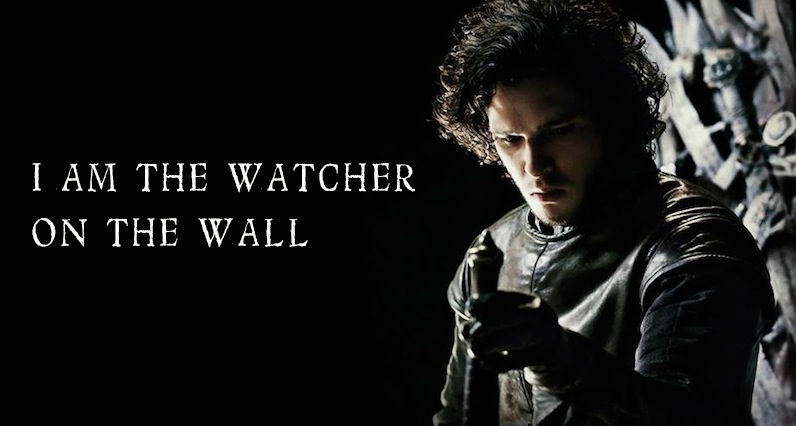 Night gathers, and now my watch begins. It shall not end until my death. I shall take no wife, hold no lands, father no children. I shall wear no crowns and win no glory. I shall live and die at my post. I am the sword in the darkness. I am the watcher on the walls. I am the fire that burns against the cold, the light that brings the dawn, the horn that wakes the sleepers, the shield that guards the realms of men. I pledge my life and honor to the Night’s Watch, for this night and all the nights to come. -Vow of the Night’s Watch

Today’s episode of the Freedom Report podcast delves into the philosophical underpinnings of the philosophy of minarchy. Most people would probably have a basic idea of what it might mean to be an anarchist, but how do you think people would react if you told them you were a minarchist? They’d probably scratch their heads and ask, “what’s that?”

Minarchism, or the belief in a “night watchman” state, is a term to describe a sect of libertarianism which advocates for a minimal government, dedicated solely to the protection of individual rights. In this libertarian republic, there would be constrained government power, minimal spending, and minimal levels of intervention.

The name “minarchist” originated out of the anarchist movement, and was coined by anarchist philosopher Samuel Edward Konkin III. The ideas were popularized in the 60’s and 70’s by Robert Nozick, whose seminal work “Anarchy, State, & Utopia” attempted to explain what a minarchist form of government would look like.

Nozick believed that full anarchy, such as that defended by Konkin or Murray Rothbard, was a utopian ideal that could not, and should not exist. Why? Because to be a full anarchist is to believe that the non-aggression principle is optional, and that an anarchocapitalist system will eventually develop institutions having the same effect as a state.

Nozick’s nightwatchman state would have just enough power to prevent the violation of individual rights.

Our main conclusions about the state are that a minimal state, limited to the narrow functions of protection against force, theft, fraud, enforcement of contracts, and so on, is justified; that any more extensive state will violate persons’ rights not to be forced to do certain things, and is unjustified; and that the minimal state is inspiring as well as right. Two noteworthy implications are that the state may not use its coercive apparatus for the purpose of getting some citizens to aid others, or in order to prohibit activities to people for their own good or protection. — Robert Nozick

Today’s Freedom Report goes into detail about the type of philosophy that we at The Libertarian Republic believe should be the ideal. If you’ve ever felt alienated by anarchist’s dreams of utopia, or that the big government philosophy of conservatism and liberalism are defunct, then this podcast is for you.

7 Legal Rights And Privileges Afforded Only To Women