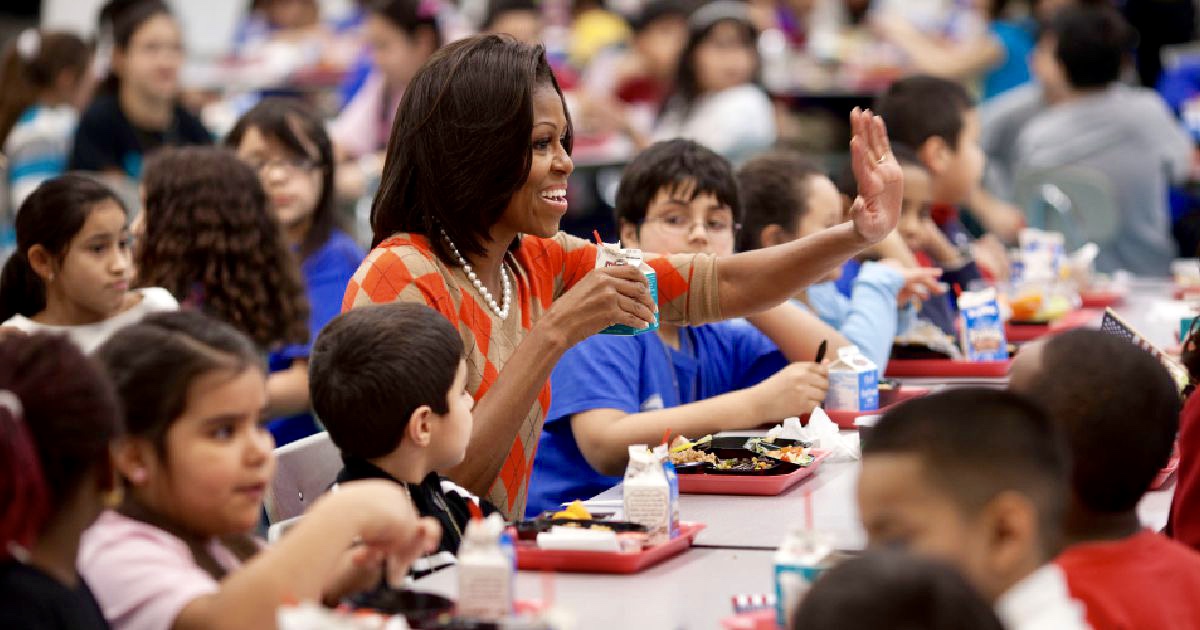 A yogurt company, Chobani, has picked up the tab for unpaid school lunches in a Rhode Island school district.

That’s a relief to the school district, but not one likely to be replicated elsewhere. A new report finds that it would take a whole lot of dairy to fix the waste and misspent money in federal school meal programs nationwide.

In May, Chobani said it would cover nearly $50,000 that schools in Warwick, Rhode Island, had accumulated in unpaid lunch debt. The district’s problems are due to school officials’ inability to resolve school lunch accounts with parents and families, and Chobani’s generous gesture should bring relief to school accountants around Warwick.

But this price tag pales in comparison to the cash lost due to improper payments and misspending that the U.S. Government Accountability Office has found in National School Lunch Program and School Breakfast Program services across the U.S.

To make matters worse, the Department of Agriculture has changed the way it measures waste, making it more difficult to account for taxpayer money that’s supposed to provide meals for low-income students.

In 2018, U.S. taxpayers spent $17 billion on these two federal school lunch programs combined. Yet for decades, these programs have been plagued by misspending and improper payments (services provided to ineligible children), as the Government Accountability Office’s report explains.

Over the last four years, these programs have had improper payment rates of 16% and 23%, respectively.

According to the latest Government Accountability Office report, the estimated error rates for 2018 were lower than in prior years because the Department of Agriculture has “changed what it considers to be an improper payment.” As a result, it is impossible to compare the most recent error rates with prior years.

That’s one way to clean your books.

Here’s another. In 2010, Congress and the Obama administration expanded school meal programs through a provision in the Healthy and Hunger-Free Kids Act called the “Community Eligibility Provision.”

As Heritage Foundation research explains, this provision allows schools, districts, and even groups of schools located in the same area where 40% of student enrollment is eligible for federal assistance (such as food stamps) to offer free meals to all students.

Except, the purpose of federal meal programs is to help children in need, and no private company has the reserves to cover Washington when spending spirals out of control.

Earlier this year, our research found that more middle- and upper-income students have taken advantage of free meals since lawmakers enacted the Community Eligibility Provision. Lawmakers made more students from upper-income households eligible for an error-prone federal program, defying both the program’s original purpose and any claim to fiscal responsibility.

Congress and the White House should eliminate this provision and focus resources on helping children in need, as recommended in Heritage’s “Blueprint for Balance.”

Doing so would have no impact on children from low-income families because these children would still be eligible for free- and reduced-priced meals. The move would simply help to control school meal programs that are ballooning into a federal food entitlement for every child, regardless of need.

Meanwhile, policymakers should ask the Department of Agriculture how its new accounting methods are making better use of taxpayer money.

Federal officials should improve risk management practices for school meals and focus on fraud prevention. Lawmakers can help do that by returning school meal programs to their original purpose of assisting children in need—and not add more students to waste-prone programs.

Jonathan Butcher is a senior policy analyst in The Heritage Foundation’s Center for Education Policy and a senior fellow for the Goldwater Institute and the Beacon Center of Tennessee.

A Visual Demonstration of How Fast the NYT Got Woke