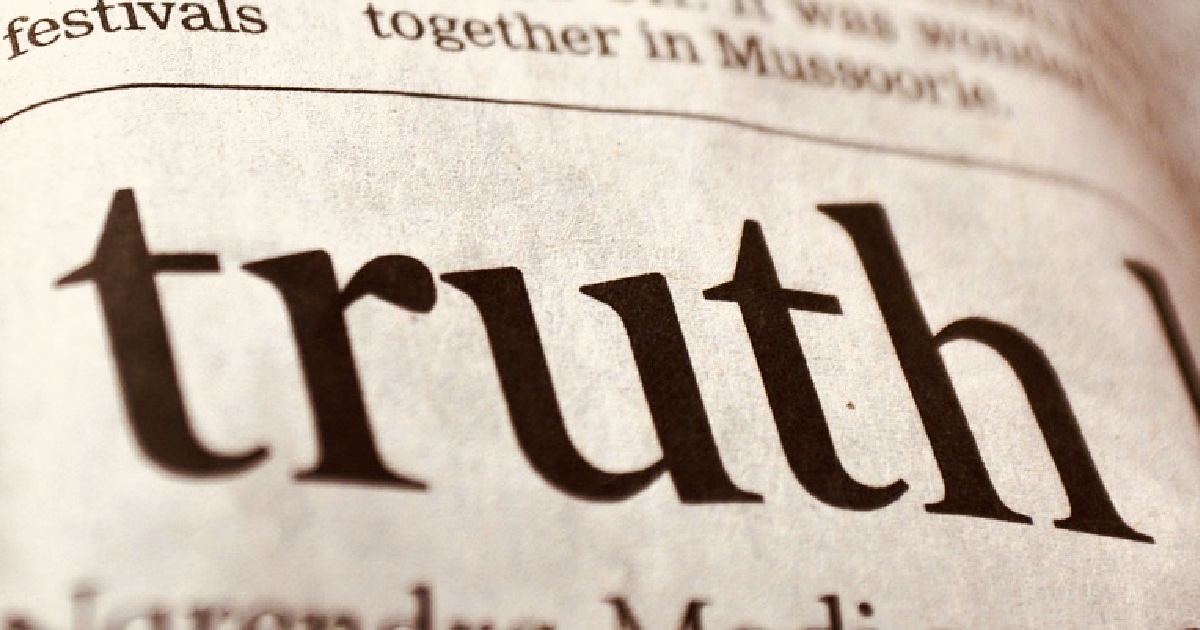 Many people who have a favorable view of Donald Trump and politicians like him talk up his “authenticity” or his “telling it like it is.” Even many of those who profoundly dislike his politics, his manner, or both, grudgingly admit to the appeal of his “what you see is what you get” quality.

Yet at the same time, many of his supporters—and almost all of their opponents—simultaneously recognize the blatant falsity of many of his statements.

On the surface, there is a paradox. How can so many people simultaneously abhor a politician’s blatant dishonesty when it comes to facts while responding positively to what they see as his authenticity or sincerity?

A lot turns on this question, including the future of nations.

The fact is that transparency—showing oneself as one is—and honesty—describing the world as it is—are related, but different.

Both are important, and in their purest forms, they may entail each other. But in their impure forms, which are manifested by imperfect human beings—and especially imperfect politicians—they do not.

Those two qualities, transparency and honesty, elicit different responses in audiences and viewers, and those responses affect both the type and the degree of trust we place in people, especially our politicians.

Understanding how transparency and honesty differ and how a single person can exhibit one without the other hugely improves our understanding of a politician’s draw and popularity.

Of course, making any knowingly false statement about anything at all can rightly be called both “dishonest” and “opaque,” so this choice of vocabulary is imperfect (and the usual meanings of the words “transparent” and “honest” overlap significantly), but whenever a distinction is being defined for the first time, language is invariably inadequate. If it weren’t, then the distinction would already exist.

This simple two-by-two truthfulness matrix is a powerful tool for understanding politicians and how we react to them.

We’ve already mentioned Donald Trump. Most people would agree that he has indisputably and blatantly lied about lots of simple facts, such as the number of people at a particular place at a particular time even when video or photo evidence proves his statements are false. Yet many people still feel there is a genuineness about him that is greater than we usually see from politicians.

What they are feeling but typically can’t articulate is that although they may not trust the accuracy of Trump’s statements about things in the world, they do trust what he will do in the world. That is because both the things he says and the way he says them, often offensively, reveal his true values (whether or not you like them) and his true intentions.

In other words, they may expect Trump to lie, but at least they can rely on why he’s lying.

For that reason, Trump would be placed in the top right-hand quadrant of the truthfulness matrix: “dishonest” but “transparent.”

Remember that these terms are being used with the specific definitions above (and therefore in quotes). In the usual senses of the terms, all false statements about either oneself or the world reveal both dishonesty and opacity.

Interestingly, the blatancy and crudeness of Trump’s falsehoods in some way make him seem more transparent in the sense used here because they reinforce the fact that he does not even pretend that honesty is a value for him. That makes his statements (exaggerations, lies, etc.) more consistent with his values—not less (!).

Another leader who’s been on the world stage lately is Theresa May, the ex-prime minister of the UK. On the dimensions of the truthfulness matrix, she is the opposite of Donald Trump. She was recently forced to resign when it became impossible for even her political allies to believe any longer that she was telling the truth about her true priorities and intentions with respect to Brexit—the UK’s exit from the European Union.

She famously claimed, “No deal is better than a bad deal,” said, “The UK shall leave the EU on 29 March” (something that, in the parliamentary system, was entirely in her power to deliver), and so on, hundreds of times. But when push came to shove, she chose not to leave the EU rather than leave without a deal or on the promised date.

Theresa May, therefore, goes into the bottom left quadrant of the matrix: “honest” but utterly “opaque.”

Typically, if voters are forced to choose between honesty and transparency, they go for transparency. For those of us who believe truth is an absolute value, this is very unfortunate, but it makes sense because politics is all about purpose and intention.

Politics has little need for the precise understanding of the current state of the world because its very raison d’être is to change the world into something else. Invariably, therefore, consciously held justifications for supporting a politician involve a shared view of a better world. There are infinitely more facts than anyone knows and different people often believe mutually contradictory facts that they use to justify their political opinions, commitments, and actions.

Therefore, my belief that a favored politician will achieve my desired goal reasonably depends less on the precision and accuracy of his factual statements than on his commitment to the goals and values that we share—and to doing whatever it takes to support them. (And “whatever it takes” may even include being a little loose with the truth.)

Interestingly, this preference for “transparency” over “honesty” is evolutionarily adaptive, too: as a member of a tribe that must defend itself against predators and want, my survival depends more on you reliably pursuing the goals I believe we share than it does on the honesty of your statements as you pursue those goals.

Our Politics Won’t Evolve Until We Do

A few things have changed since we were Stone-Aged tribes on the steppe. Most importantly, the complexity of our society and culture is orders of magnitude greater. The problems we use politics to solve are more complex, varied, and subtle than those solved by our ancestors of millennia ago.

Back then, we didn’t need careful consideration of lots of data to make critical choices about policies and institutions. Today we do. That means that the honest consideration of accurate data matters more now. Politics as a series of zero-sum ideological battles that fail to provide satisfactory outcomes can only end when enough of us have committed to setting policies in a manner dominated not by current ideological commitments, but by careful observations and honest articulations of problems, unbiased diagnoses of their causes, and accurate evaluations of the human outcomes of policies to be implemented.

All of that requires a commitment to truth and honesty about more than just our intentions.

Around the world, many people are agitated by the rise of political tribalism and polarization and their negative impact on the ability of large-scale communities of people, such as nations, to agree upon—let alone implement—solutions that improve lives. The truthfulness matrix is a good tool for getting out of this rut.

Although we have likely evolved to prefer transparency to honesty—and therefore politicians in the two right-hand quadrants of the truthfulness matrix to those in the bottom two quadrants—our only hope of transcending ideological tribes is to stop that. Each one of us must consciously choose not to accept our guy’s distortion of the facts just because he’s our guy and because the distortions serve our immediate goals and help our tribe “bond” and identify its members.

Robin Koerner is British-born and recently became a citizen of the USA. A decade ago, he founded WatchingAmerica.com, an organization of over 200 volunteers that translates and posts views about the USA from all over the world, works as a trainer and a consultant, and recently wrote the book If You Can Keep It.

How to Become the 1% (It’s Easier Than You Think)