This resolution comes as more than 120 cities and counties in the Commonwealth of Virginia have declared themselves sanctuaries of the second amendment, according to The Trace.org

HCR8 serves as a formal invitation by the legislators of West Virginia to the sanctuary cities of Virginia to become part of West Virginia. The resolution cites both the reasons the state seceded from the Commonwealth of Virginia in 1863, as well as quoting several of America’s Founding Fathers on the importance of preserving the right to bear arms as the reason for this resolution.

“Whereas, The Legislature of West Virginia finds that in 1863, due to longstanding perceived attitudes of neglect for the interests of the citizens of Western Virginia, and a studied failure to address the differences which had grown between the counties of Western Virginia and the government at Richmond, the Commonwealth of Virginia was irretrievably divided, and the new State of West Virginia was formed; and

Whereas, Such division occurred as the Trans-Allegheny portions of Virginia perceived that they suffered under an inequitable measure of taxation by which they bore a disproportionate share of the tax burden; and
Whereas, That this perception was further compounded by the effects of a scheme of representation by which Trans-Allegheny Virginia was not allowed to have its proper and equitable share of representation in the government at Richmond;

Whereas, The Legislative body of West Virginia believes that this latest action defies the wise counsel which has come down to us in the august words of our common Virginia Founders: as the government at Richmond now repudiates the counsel of that tribune of liberty, Patrick Henry-who stated to the Virginia Ratifying Convention in 1788 that “The great object is that every man be armed. Everyone who is able might have a gun”; and

Whereas, The government at Richmond now repudiates the counsel of a Signer of the Declaration and premier advocate of American independence, Richard Henry Lee-who stated in The Federal Farmer that “To preserve liberty, it is essential that the whole body of the people always possess arms”; and

Whereas, The government at Richmond now repudiates the counsel of that zealous guardian of our inherent rights, George Mason-who stated that “To disarm the people…[i]s the most effectual way to enslave them”; and

Whereas, The government at Richmond now repudiates the counsel of the declaimer of our independence and theoretician of our freedoms, Thomas Jefferson-who stated in his first draft of the Virginia Constitution, that “No free man shall ever be debarred the use of arms”; and

Whereas, These Boards of Supervisors and Councils have passed resolutions refusing to countenance what they affirm are unwarranted and unconstitutional measures by that government to infringe the firearm rights of Virginians; and

Whereas, The actions of the government at Richmond undertaken since the recent general election have, regrettably, resulted in unproductive contention and escalating a lamentable state of civic tension.”

This bill has been introduced as the fight over the second amendment rights of Virginians is starting to really heat up as Governor Ralph Northam (D) declared a state of emergency just days before a pro-second amendment rally that is scheduled for Martin Luther King Jr. Day. 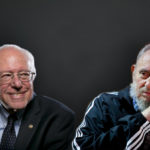 How to find the Best Uber Accident Lawyer in South Carolina