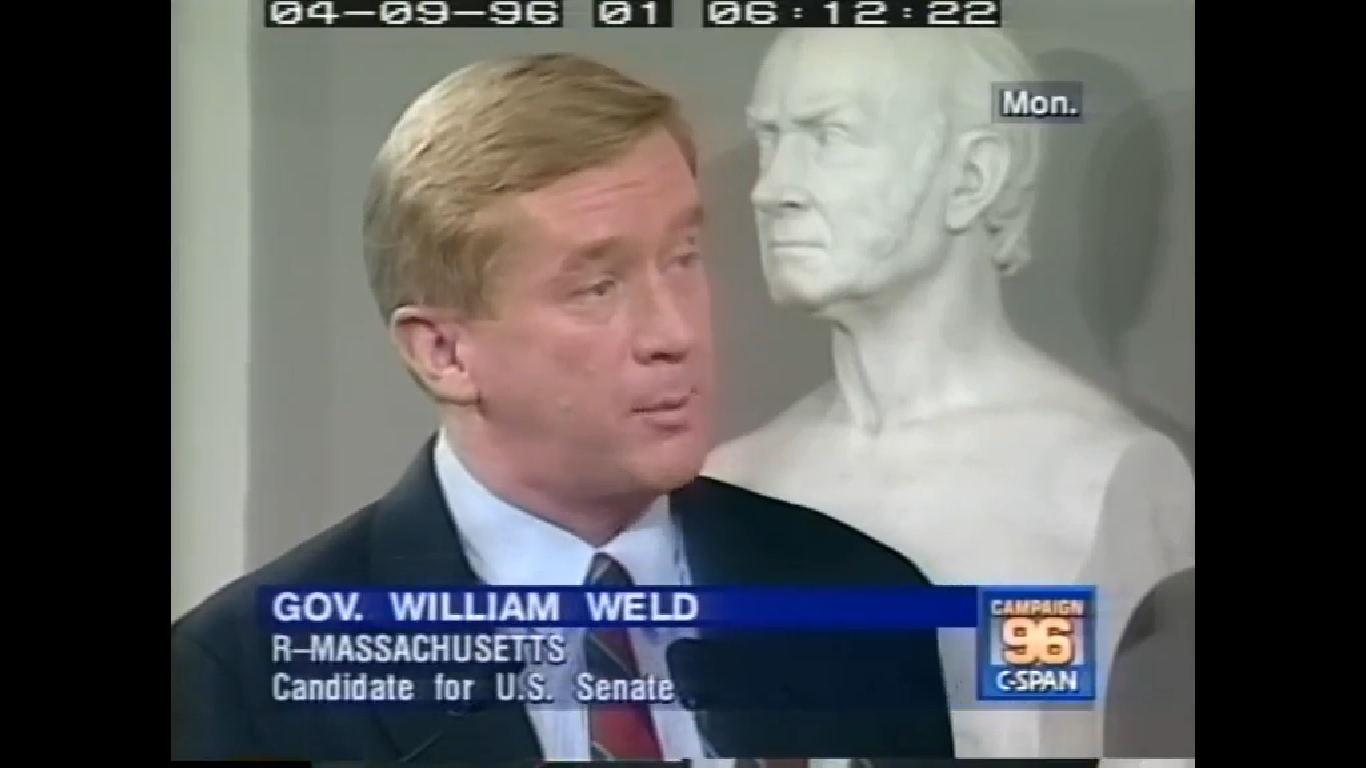 On Tuesday night, Libertarian vice presidential nominee William Weld will not be invited to debate Mike Pence and Tim Kaine. However, in 1996, the then-Massachusetts governor got to show his debating skills against then-Massachusetts Senator John Kerry. Weld spent most of the debate defending tax cuts and government reform against the very progressive policies of the eventual Secretary of State and 2004 Democratic presidential nominee. The first half of the debate was a more “traditional” structure, while the second part employed a “Lincoln-Douglas” format.

Kerry predictably attacks Weld as giving too many tax cuts to the wealthy, opposing raises in the minimum wage, and being cruel to the poor and disabled for wishing to cut government spending. He at one point even asserted that the Republican governor wished to take the wheelchairs and communicative devices from children with serious physical disorders like down syndrome, cerebral palsy, muscular dystrophy, and cystic fibrosis. The Democrat also used the common progressive fallacy that any decrease in the rate of spending is the same as a cut, which Weld promptly rebutted.

Kerry eventually defeated Weld by a tally of 52% to 45% in November. However, the Massachusetts governor far outpaced Republican presidential nominee Bob Dole, who lost to Bill Clinton in Massachusetts by a score of 61% to 28%.

Watch the 1996 Massachusetts Senate debate below:

Johnson: ‘You Can’t Go To War If You Can’t Find The Countries On The Map’