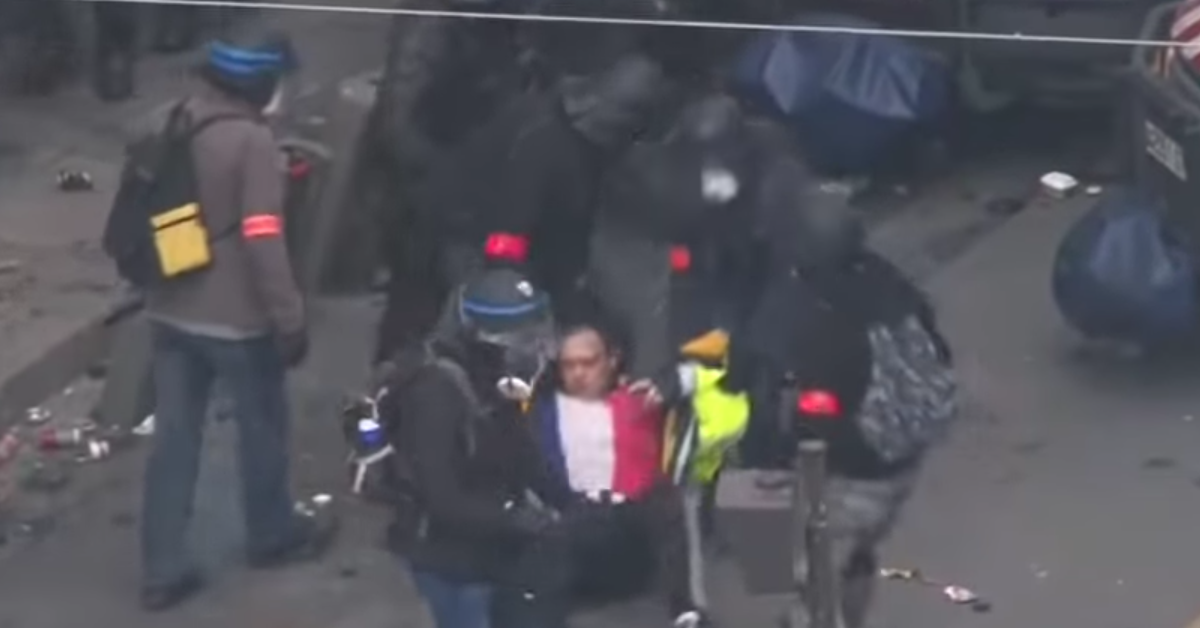 Protests continued in Paris this weekend for the fifth week in a row, even after President Emmanuel Macron caved to the demands of the “yellow vest” protesters.

The turnout at this weekend’s protest numbered at only around 3,000, by police estimation. Last weekend was the pinnacle of the civil unrest. Over 8,000 protestors stormed upscale areas, particularly the renown Champs-Elysees, voicing protest against a now-defunct gas tax and general unrest toward Macron’s regime.

The protest’s continued support and proliferation to England, The Netherlands, and Belgium may provide evidence that there is a deeper rift forming in Europe. Some, however, are watching the chaos unfold in Paris and connecting unrelated dots. The video section below, which depicts the violent and aggressive nature of France’s paramilitary police force, the Gendarmeries, is taken from an RT live-stream of last week’s chaos.

(If watching on mobile, click this link to skip to the clip)

This is not Antifa, as some online suggest. These are not hired goons. The red-banded men are simply police officers doing what has been standard practice in Paris’s largest riots.

Off-duty french police are often mobilized and, in states of emergency, are allowed to wear nearly plain clothes and off-duty uniform coats which can display red bands and police markings. However, as seen in the video, these reduced uniforms allow the officers to slip between the lines of police and protestors easily. 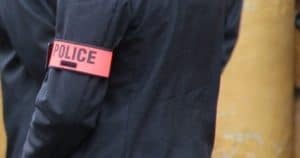 By using tear gas, threatening display of firearms, and the savage beatings, the Parisian police may make some viewers uncomfortable. Using plainclothes officers to intermix in riots with protestors is shady. Such tactics fell generally out of practice with regular police forces in the United States during protests against the Vietnam War, in Chicago.

France is a different place. A place with hundreds of years of riotous history in its capital and a highly militarized police force.

France mobilized almost 90,000 officers for fear of the protests last weekend, according to The Independent. No matter how you feel about the state of law enforcement in the US, we can all be thankful there are no Gendarmeries in our streets.

The Gendarmeries did not respond in time for publication.

15 Perfect Gifts for the Libertarian In Your Family