In recent weeks, the media has acted similarly to football officials late in a one-sided game. In those instances, viewers often sense those in black-and-white stripes attempting to throw more flags in favor of the losing team in an attempt to create a more competitive contest and save ratings. Likewise, followers of the presidential election may have begun feeling that same idea since mid-October.

At that point, following the release of the infamous Trump tapes, Clinton was clearly favored to win in a landslide. Not only would she carry the electoral college: she was also threatening to win traditionally Republican states like Arizona and Georgia. She had even begun quickly closing the gap in other strong “red” states like Texas. On October 17, the highly-respected polling site FiveThirtyEight gave Clinton an estimated electoral vote total of over 345. She has since fallen to 293.

Of course, elections nearly always tighten in the final weeks no matter circumstances. However, this was expedited first by the release of a memo by FBI Director James Comey on October 28, which was reported by most of the media as a “reopening” of the investigation of Clinton’s emails. On November 6, Comey again responded on the topic, announcing that nothing in those emails changed the status of the investigation since his original decision not to prosecute in July. The announcement came after Republican candidates (including Trump) used the original report to pick up ground on their Democratic opponents.

During this same period, on November 3, Fox News announced that the Clinton Foundation would likely soon face indictment, only further empowering Republicans on the campaign trail. The news channel had to issue a retraction the following day stating that this was not accurate.

Of course, the most recognizable result of this reporting in the second half of October is that the election will no longer be a landslide, but rather a closer contest. However, upon further inspection, the more important fact (seeing that Clinton will likely win either way) is that third-party votes have been greatly depressed. While Gary Johnson was well on his way to earning 5% of the popular vote and Evan McMullin was likely to win Utah and its 6 electoral votes, both outcomes have substantially decreased in probability.

This is in large part because of the way these news reports have hit Republican-leaning undecided voters, and in turn, how that switch has affected Democratic-leaning undecided voters. Before, with the election not close, each side could rationalize voting on conscience. However, as the worst fears about Clinton resurfaced, Republican-leaners could not help but flee Johnson and McMullin to defeat the Democratic nominee. Likewise, upon this turn of events, Democratic-leaners fled Johnson and Jill Stein in an attempt to block Trump.

All of these developments represent just how difficult it is for third parties to break the two-party duopoly in American politics. Just when it seems a third candidate could have an opportunity, the media and party establishments convince voters that “this” election is not the one in which to “waste” one’s vote. While discouraging, 2016 is yet another example in a long list of such travesties. 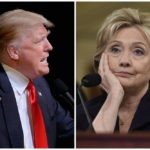 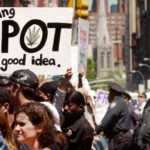