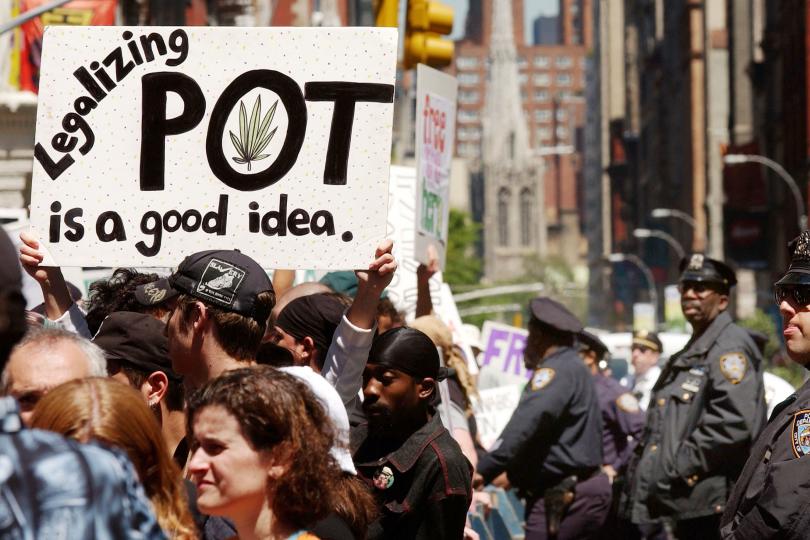 Election Day is tomorrow. Are you voting for Trump or Hillary?

Never mind, I don’t care and your vote is statistically meaningless and little is going to change. But there are some states where your vote can actually mean something. In some states, voters will be deciding on marijuana legalization.

And I’m not talking about medical marijuana. Yes, that’s important, and states like Florida and Arkansas have big votes on the issue. But at best medical cannabis is limited and is becoming more so all the time. I’m talking about any-adult-can-go-into-a-retail-shop-and-buy-marijuana-for-any-reason-legalization. If you live in one of these 5 states you can actually make a difference.

California: The big prize for legalization proponents tomorrow. In terms of population size and economic impact, CA dwarfs all other legalized states combined. Prop 64 would allow adults to posses up to an ounce of marijuana, grow 6 plants at home and buy marijuana in retail shops.

Arizona: Many experts expect this to be the closest recreational legalization vote of the night. Prop 205 would also legalize an ounce of possession in public and allow for 6 plants to be grown at home. The number of retail shops would be capped at 10% of the total number of liquor store licenses in the state, which is currently less than 180.

Nevada: Question 2 is similar to the Propositions discussed above with the exception that only those who live at least 25 miles away from a retail shop will be able to grow at home. It’ s silly provision meant to limit competition, but still better than the status quo.

Maine: While similar in many ways to the measures above, Question 1 would allow up to 2 1/2 ounces of public possession and would also allow for marijuana “social clubs” where cannabis could be consumed on the premises.

Massachusetts: Question 4 has been absolutely hammered by top politicians in the state and has had fundraising problems; despite all this, it is doing well in the polls. It would legalize one ounce of public possession and allow the growing of 6 plants home. Question 4 also comes with, surprisingly, a lower tax burden than measures in other states.

Tomorrow is a big day. Don’t smoke too much weed and forget to vote in the states listed above.

Third Parties: The True Victims of Media Attempts to Tighten the Election

Dear Republican and Democrat Duopoly: I Owe You Absolutely Nothing