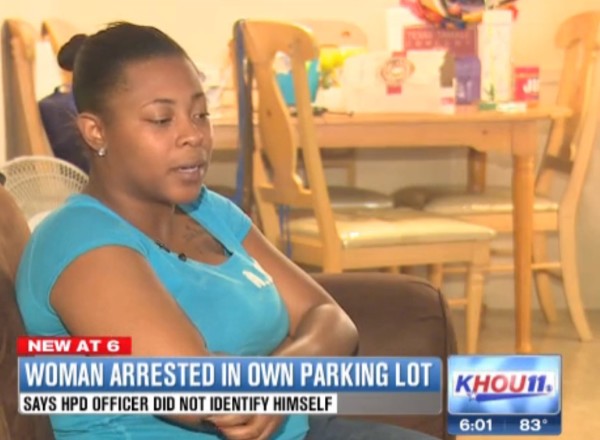 HOUSTON, TX–Two men approached NeyKeyia Parker on the night of April 21st as she was loading her 5-year-old son in her friend’s car. The men failed to identify themselves as officers but proceeded to go about grabbing Parker, trying to force her out of the car.

Fortunately, Parker’s friend had the wherewithal to record the event on her cell phone. “Why are you doing that? What are you doing, that is unnecessary,” the friend can be heard screaming, and the police say the woman is trespassing. Parker was ten feet from her own front door, but police continued to go about making the arrest.

“You see it on TV but you never think that it’ll be you. My baby was in the back like the whole time,” Parker tearfully recalled to KHOU. In the video, the officers are not carrying firearms or walkie-talkies, and their K9 unit is a Siberian husky, an unusual choice for a police dog.

Parker insists she did not know for certain that the men were police, and was simply trying to protect herself.

“They got people impersonating police officers every day. I did not know who he was. If he would have identified himself that would not have been a problem.”

Since those unidentified officers had no grounds to arrest Parker for being on her own property, she is now being charged with interfering with a public servant.

The Houston Police Department claims that they can’t comment on the case as an Internal Affairs investigation is pending. 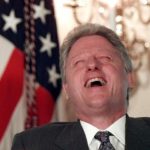 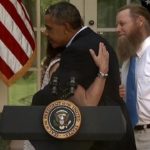 Did The President Break The Law In Releasing Sgt. Bergdahl? (PODCAST)