Venezuelan President Nicolas Maduro has likened the harassment of government officials and their families outside of Venezuela to the treatment of Jews under the Nazis, report Reuters.

“We are the new Jews of the 21st century that Hitler pursued,” Maduro said during the cabinet meeting. “We don’t carry the yellow star of David … we carry red hearts that are filled with desire to fight for human dignity. And we are going to defeat them, these 21st century Nazis.”

Maduro also said in comments to a televised cabinet meeting late on Tuesday that planned opposition rallies in Caracas on Wednesday evening were reminiscent of rallies during the rise of Nazism and fascism in pre-World War Two Europe, reported Reuters.

Venezuelans living abroad, many of whom have fled the country’s economic chaos, have in recent weeks accosted visiting state officials and their family members, said Reuters.

Maybe before making out landish statements, the President should reflect on why his officials are situationally ostracized.

Currently, Venezuela is descending toward third world status. Streets are ablaze, liberties are being stripped and citizens are starving in the streets. In fact, a recent report explained that the situation in the “socialist utopia” is so dire, that 75% of the population has lost 19lbs. simply due to the lack of food. Even professional athletes, like professional baseball player Miguel Cabrera have begun to protest the nation.

The ???????? who spoke to @LaVidaBaseball incl @MiguelCabrera @alcidesescobar2 Miggy gets right to the point: 'People are dying in #Venezuela.' pic.twitter.com/a6JJaJFtwf

As Royals shortstop Alcides Escobar said, what they want is a “free and prospering country,” and they are willing to speak out no matter the dangers they face.

Pirates catcher Francisco Cervelli organized a 13-player video trying to raise awareness of the crisis in their home country. In that video, Cervelli says, “We’re not speaking as players but as citizens who love their country.” The other players all take turns saying that they want to stop the oppression and that they seek peace and liberty in Venezuela.

So, it appears that Maduro is correct in a likening of the time period, unfortunately for him however, his mirror paints a better picture than his conflated “reality.” 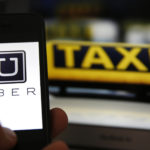 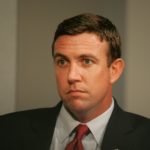 Rep. Hunter: Sewage Spilling Into The US From Mexico Is Making Our Border Patrol Agents Sick