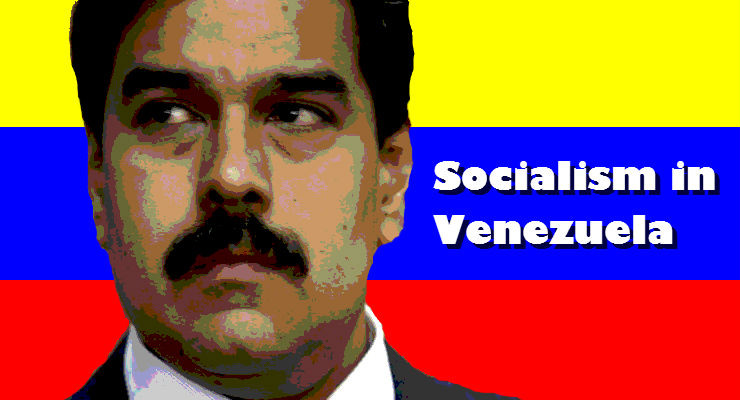 Venezuela’s socialist government stripped its congress of power late Thursday in what opposition leaders are calling a coup.

Venezuela’s Supreme Court ruled that all powers vested under the legislative body will be transferred to the country’s highest court. Venezuela’s opposition legislators are calling this a coup, as the ruling effectively cedes total control of the country to the Socialist Party, and opposition leaders are now officially calling Venezuela “a dictatorship.”

“Nicolás Maduro has staged a coup d’état,” Julio Borges, leader of Venezuela’s National Assembly and a major opposition figure, said Thursday. “What this ruling means is that, for the first time, Nicolás Maduro has all the power to enact laws, assign contracts, incur foreign debt and persecute fellow Venezuelans.”

The Peruvian government broke off diplomatic relations with Venezuela over the ruling, calling it “an arbitrary measure that disrupts the rule of law and constitutes a breakup of the constitutional and democratic order.”

Since the socialist government seized power, 75 percent of Venezuela’s citizens have lost at least 19 pounds each amid serious food shortages last year, according to new research. This is largely because the poor economic policies of the socialist government have left Venezuela cash-strapped and unable to pay for food imports after years of mismanagement, heavy spending on poorly-run government programs, and lack of investment on its oil fields.

The country’s inflation rate is expected to top 1,640 percent in 2017, according to the International Monetary Fund. Inflation is leading to the country’s currency getting replaced by new cryptocurrency backed by memes of Pepe the Frog. Using these memes as money grants anonymity, making it harder for the government to control the tech industry. Others have noticed and started using digital money in place of paper money.

Going Nuclear On Colin Moriarty Was Flat Out Wrong

Mexican Attorney General Charged With Drug Trafficking at US Border