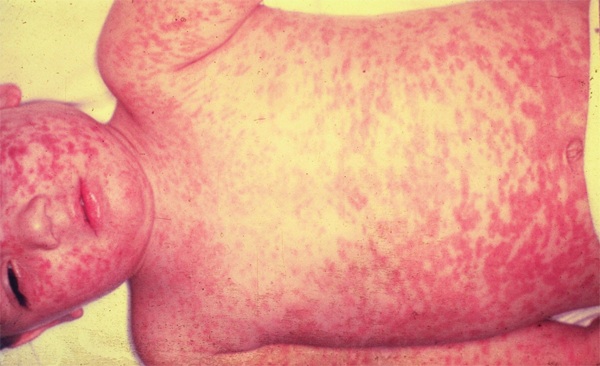 This year’s measles outbreak is the worst in 20 years, the U.S. Centers for Disease Control (CDC) announced Thursday.

The CDC said 288 cases of the disease have been identified since January, the most in the first five months of the year since 1994. Ohio has seen the most cases with over 160, most of them emanating from the state’s Amish community.

The vast majority of cases still originate from other countries, with people acquiring the disease while abroad and then bringing it back to the U.S., where they spread it to others. The U.S. has not had a home-grown measles epidemic in decades.

Despite being officially declared eradicated in the U.S. in 2000, measles has made a comeback in the new millennium. Assistant Surgeon General Dr. Anne Schuchat blamed the increasingly intense annual outbreaks on the failure of many Americans to have themselves or their children vaccinated against the disease. At least 70% of this year’s measles cases involve unvaccinated people, the CDC said.

”This is not the kind of record we want to break,” Schuchat said. “[This] should be a wake-up call to travelers and parents to make sure vaccinations are up to date.”

Doctors recommend that every child receive the MMR (Measles, Mumps, Rubella) vaccine once they are 12 months old. Some communities, however (including the Amish), avoid vaccines for religious or philosophical reasons, while others believe vaccines are behind the recent rise in childhood autism rates. A 1998 study purporting to show a link between the two has since been withdrawn, but the belief in a link persists in many quarters, promoted by some public figures such as talk show host Jenny McCarthy.