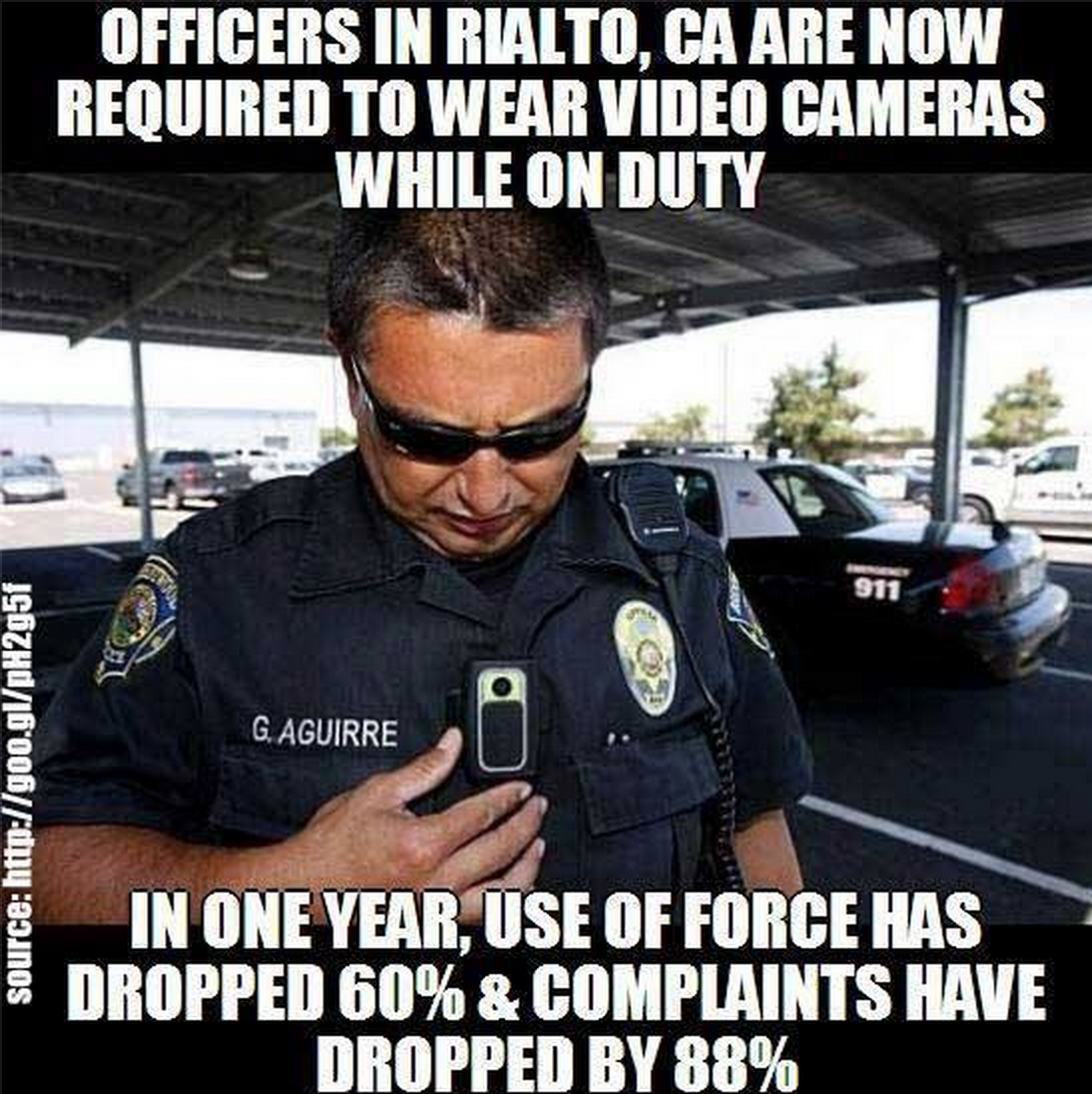 Big Brother Turned On His Head

RIALTO, CA– A small California town outside Los Angeles has been the subject of an intriguing experiment in law enforcement. Over the past year, the 70 officers of the Rialto police department have all been equipped with body cameras. The results are encouraging, and are likely to expand to others parts of the US, as well as the UK.

Recently, the College of Policing stated that large-scale trials of the body cameras will take place in England and Wales. This is due in part to the drastic drop in use of force and in public complaints against officers in Rialto.

While not an entirely new concept, the Rialto experiment has offered conclusive proof based on scientific data that body cameras are working. After cameras were introduced in February 2012, public complaints against officers plunged 88% compared with the previous 12 months. Officers’ use of force fell by 60%.

When the watchmen are watched, they’re more likely to behave. “That’s just human nature,” said Farrar. “As an officer you act a bit more professional, follow the rules a bit better.”

Police chases on foot and by car are more frequently ending in arrests that don’t cause injury or death. There’s also an improvement in their tone and demeanor when dealing with citizens. As Chief Farrar noted, “With a camera they are more conscious of how they speak and how they treat people.”

Those rules work for the public as well. Once citizens are made aware that their interactions with police are being recorded, even inebriated and angry people change their attitude to be more cordial. It’s also helped to protect officers from people who have made false accusations of police brutality.

Farrar is cut from a different cloth than most police chiefs. Rather than making excuses for his officers, he’s proactive about providing solutions. He has several degrees, including a master’s from Cambridge’s Institute of Criminology. His idea to use cameras stemmed from this education, and it’s made officers more careful about using force. “It’s still part of the business, they still do it. But now they make better use of what we call verbal judo.”

Fewer complaints and calmer policing, said Farrar, would reduce lawsuits and expensive payouts. While some officers complained to Farrar that it would get them into trouble, he responded, “I’ve had no problems, so I’m OK with it.” The ACLU has even come out in support, saying that with proper oversight, accountability gains would outweigh privacy concerns.

With more police accountability, and likely fewer civilian casualties, Rialto is truly living up to its city motto: bridge to progress.

Did You Know That Eating Babies Strengthens New Orleans?