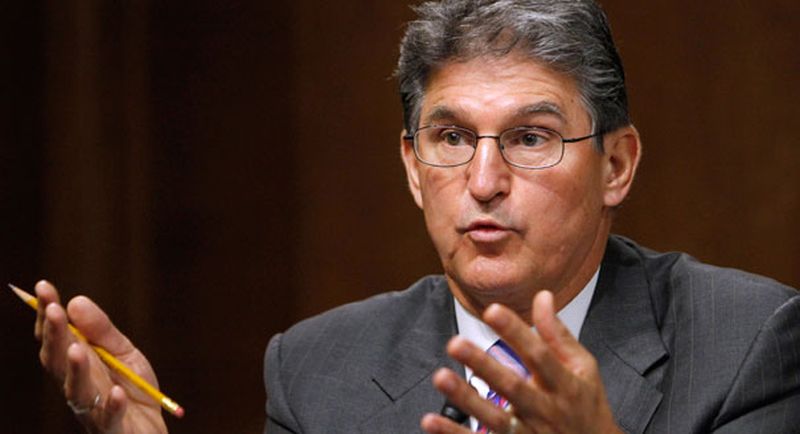 Senator Joe Manchin (D-WV) went on Morning Joe earlier today to discuss increased gun regulations in response to the Orlando shooting. In addition to calling for mandatory background checks, Manchin also came out in favor of prohibiting people on the terrorist watch list or no-fly list from purchasing guns.

He stated “Can’t we say that if a person is under suspicion, there should be a five-year period of time we have to see good behavior? [. . .] Due process is what’s killing us right now.”

.@Sen_JoeManchin: Due process is what’s killing us right now https://t.co/OTf9LnxHXZ

The interview occurred a day after the 15-hour filibuster by Senator Chris Murphy (D-CT) pushing for the same sorts of restrictions.

Many Americans may see this as “responsible gun regulation,” but the consequences are far more sinister. The proposed idea doesn’t just violate the 2nd amendment; it also violates the 5th. Due process was enshrined in the Magna Carta in 1215 A.D. and was included by the founding fathers in the Bill of Rights. It’s one of the defining characteristics of a civilized society.

Amazing that U.S. senators would filibuster in favor of using secret lists, like some authoritarian regime, to deny rights w/o due process.

.@KevinBuist If a person is a suspected terrorist, then charge him and present evidence. “Potential” is punished only in dystopian novels.

Suspecting someone of a crime is not and should never be an excuse to take away that person’s rights: people are innocent until proven guilty. If the government is able to call someone a suspect and take away their liberty, it sets up a dangerous precedent for the future. There are over 1.5 million names on the terror watch list  — should all of them have their rights taken away? That’s not how the United States works; that’s how an authoritarian regime works.

Even more disturbing are Manchin’s comments that the government should violate a person’s rights for a “five-year period” while they wait to see “good behavior.” Such rhetoric is common in a prison or a mental asylum. If this regulation gets through, perhaps we’ll see it become common in America.