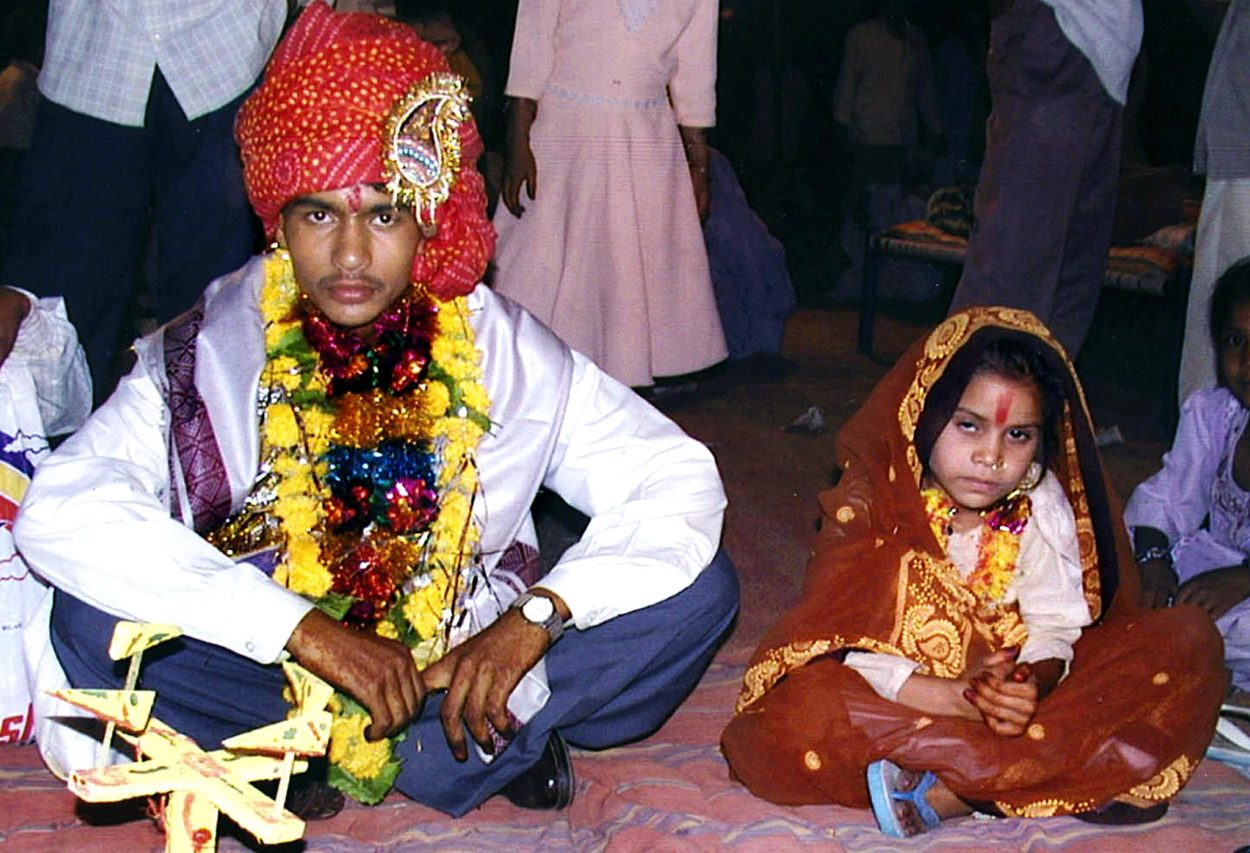 The U.S. approved more than 5,000 requests by men to bring child or adolescent brides into the country over the past decade, enabling forced child marriages.

U.S. immigration authorities approved 5,556 requests from older men to bring child or adolescent wives to the U.S., and approved 2,926 requests from young girls to bring their older husbands to the U.S. between the budget years of 2007 and 2017. The data also revealed 4,749 minor spouses or fiancees had received U.S. green cards in that time period.

The highest percentage of requests came from Middle Eastern nationals, with the majority of requests coming from Mexico, followed by Pakistan, Jordan, the Dominican Republic and Yemen.

The requests and their approvals were apparently legal, according to government data obtained by The Associate Press, due to the fact that the Immigration and Nationality Act does not limit the age of spouses. U.S. Citizenship and Immigration Services also approves or denies requests based on whether the marriage is legal in the home country and the state of the applicant.

Republican Wisconsin Sen. Ron Johnson, chairman of the Senate Homeland Security Committee, said the approvals highlight a legal loophole in which, contrary to U.S. policy on child marriage, U.S. immigration services enable the marriages of girls as young as 15 to men as old as 49.

In the cases where adolescent girls applied for their older husbands to come over, immigration officials fear they are being forced to do so and used to gain citizenship for the men who married them.

Such was the case with Naila Amin, a dual citizen of Pakistan and the U.S., whose parents arranged for her engagement to a Pakistani man in his 20s when she was just 8 years old. Her parents reportedly flew her to Pakistan when she was 13 to be married to the man, then flew her back to the U.S. and forced her to apply for her husband to come to the U.S.

Amin, who endured beatings and sexual assault from the man, said she was “a lottery ticket” for the man’s citizenship.

“People die to come to America. I was a passport to him. They all wanted him here, and that was the way to do it,” Amin told AP.

Amin ran away from her family, and the petition for the man who she was forced to marry fell through. She since reconciled with her family, but she spent years in and out of foster care before she could rebuild her life. Amin said she has a hard time understanding how her situation did not alarm immigration officials.

“I was a child. I want to know: Why weren’t any red flags raised? Whoever was processing this application, they don’t look at it? They don’t think?” Amin said.

Johnson and then-Democratic Missouri Sen. Claire McCaskill requested data on child marriage in several states in 2017, in lieu of national data on the issue. Fraidy Reiss, head of anti-child-marriage group Unchained at Last, gathered data for her home state of New Jersey in response to their request. She found approximately 4,000 minors were legally married in New Jersey from 1995 to 2012, 178 of whom were younger than 15.

“This is a problem both domestically and in terms of immigration,” Reiss said.

While several states allow for minors to be married with parental consent, Reiss said the children in those marriages are often coerced and then subjected to physical and sexual abuse by their spouses.

“They are subjected to a lifetime of domestic servitude and rape. And the government is not only complicit; they’re stamping this and saying: Go ahead,” Reiss added.

Members of the Senate Homeland Security Committee echoed Reiss’s appraisal of the situation.

“Our immigration system may unintentionally shield the abuse of women and children,” the senators wrote in a letter.

USCIS head L. Francis Cissna said in a letter to the committee their agency has begun discussing solutions to the issue after reviewing the data. In the meantime, USCIS developed a system that flags applicants for minors and requires officials to verify their birth date.

How to Switch Life Insurance Policies