The Trump administration plans to officially ban travel to North Korea for American citizens, according to U.S. officials.

Secretary of State Rex Tillerson has decided to impose a “geographic travel restriction” on North Korea, officials told the Associated Press. Young Pioneer Tours, a company in China that takes foreigners into North Korea, said it will no longer be able to take American citizens into the country starting sometime next month.

The Department of State has the authority, according to the provisions of U.S. law, to restrict travel to certain countries when the U.S. is at war, when an armed conflict is underway, or when there is a clear threat to the healthy and safety of American travelers. While such bans are rare, past administrations have also implemented these types of restrictions on travel.

The decision follows a string of detentions in recent months and the unfortunate death of an American university student who was detained early last year.

Otto Warmbier was arrested for attempting to pilfer a propaganda poster last year and sentenced to 15 years of hard labor. The young University of Virginia student returned home in a coma in early June, having suffered extensive brain damage, and passed away one week later. The U.S. began considering banning travel to North Korea in the wake of his death.

North Korea arrested professors Tony Kim and Kim Hak-song in 2017 for “hostile acts” against the North Korean regime and is still holding Kim Dong-chul, a businessman detained on charges of espionage. The Department of State has demanded their release, but the North has yet to agree.

The Department of State has long had a travel warning in effect for North Korea, stating, “U.S. citizens in the DPRK are at serious risk of arrest and long-term detention under North Korea’s system of law enforcement.  This system imposes unduly harsh sentences for actions that would not be considered crimes in the United States and threatens U.S. citizen detainees with being treated in accordance with ‘wartime law of the DPRK.’”

As the Korean War never officially ended with the signing of a formal peace treaty, North Korea holds U.S. detainees as prisoners of war.

North Korean laws allow for harsh punishments of foreign prisoners. “The DPRK will detect and frustrate every anti-DPRK plot of the dishonest hostile elements and ruthlessly punish the criminals and thus reliably defend its state and social system,” North Korean state media wrote in May. 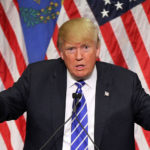