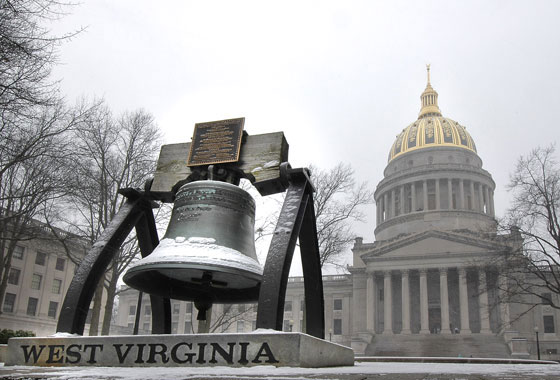 Yesterday, TLR reported on a controversial bill proposal in West Virginia that if passed would have reclassified homeschooling as “abuse.” Many other outlets jumped on this story, as well, and we are now learning that the very same day all the controversy came to a head, the bill was decidedly pulled and will no longer pose a threat to WV-based homeschooling families.

In a statement released by the West Virginia Home Educators Association was presented the following:

“A very productive meeting was held this morning (3/11/17) between WVHEA and Senate Education Chairman, Senator Kenny Mann. The senator has stated that SB528 (The bill which would allow Superintendents to deny Homeschooling for 10 or more unexcused absences and could equate it to abuse and neglect) will not be running in the committee and will be pulled. It is the opinion of WVHEA that we will continue to engage in a strong and productive working relationship with Senator Mann. No further phone calls or emails are needed at this time. Your participation in this effort is greatly appreciated. An active homeschool community is essential to maintaining and strengthening our position within the legislature. Kudos to all who sent emails and/or made phone calls!”

This is great news for freedom, and thanks to the press coverage and subsequent phone calls and emails from concerned citizens, the legislation was done away with. 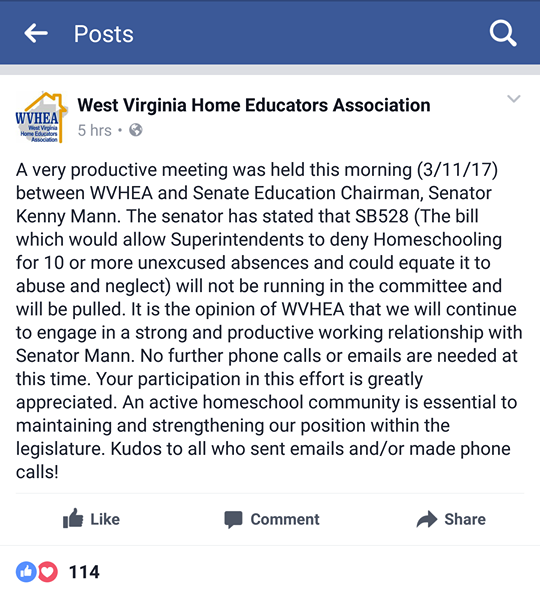 Retired Cop Who Shot Man for Texting in Theater Not Protected by “Stand Your Ground” Law, Rules Judge

Why Millennials Would Rather Buy an iPhone Than Healthcare

Forget the Deep State, We Have the Galactic Empire: How George Lucas Made the Star Wars Prequels Political