While growing up, millions of Americans are introduced to the Star Wars Saga, specifically the first six. If you are anything like me, you didn’t go into the series expecting a political metaphor, but rather another entertaining series of good versus evil.

Well, we were wrong. In the three prequel episodes specifically, the movies are a strict representation of how George Lucas saw the government. In an interview with the Chicago Tribune, Lucas once said, “It was really about the Vietnam War, and that was the period where Nixon was trying to run for a [second] term, which got me to thinking historically about how do democracies get turned into dictatorships? Because the democracies aren’t overthrown; they’re given away.”

In Episode I: The Phantom Menace, we are introduced to the Galactic Senate, which clearly represents our current and recent past government. Filled with corruption, Queen Amidala of Naboo seeks democracy and peace, whilst the Senate pushes to give more power to the chancellor. Chancellor Palpatine initially gained his role by convincing the queen that the prior chancellor was to be removed because nothing was being done about her people being slaughtered. In an effort to get her to the senate, Jedi Master Qui-Gon Jinn and his Padawan, Obi-Wan Kenobi, are led to Tatooine, home of young Anakin Skywalker, on a mission to repair their ship. Anakin is eventually freed from slavery and taken home to become a Jedi Master. To save face at the time, Palpatine sends an army to help the Queen once he is in office, and the war is seemingly over, at least for now.

In Episode II: Attack of the Clones, the now older Anakin and Master Kenobi are ordered to protect the queen, whom Anakin has great feelings for, as does she for him. When Obi-Wan is led on a hunt for bounty hunter Jango Fett, Anakin is ordered to stay back and protect her, where they find their love for each other.

Fast forward even further to Episode III: Revenge of the Sith; blinded by his love for Padme, Anakin is convinced by Palpatine, a Sith lord, that the Jedi are out to overthrow the Republic and destroy democracy. He even goes as far as attempting to kill his mentor. Anakin eventually turns to the dark side as the clone army turns to killing the Jedi and the “younglings”.

To start out, Anakin was pulled out of Tatooine trying to escape his slaved life. But he only turned to the dark side when he believed he was doing good, although he was washed by selfishness and egoism. I believe that can firmly represent many American soldiers, who set out to war with the belief that they are helping their friends and family back home, when in the end, they are to be used as political pawns.

Secondly, the Galactic Senate represents our own government. Looking out for its own interests, it often attempts to save face by convincing Americans that they are “helping” us. Filled to the brim with corruption, Palpatine represents the presidency, and the senate itself is Congress. Despite vowing to protect democracy against all that threatens it, both senates eat themselves from the inside out.

Thirdly, Queen Padme Amidala represents the American ideal of a Democratic Republic. She stands for what our country should be; a nation that stands tall when attacked, yet stands for peace and prosperity in times of good and bad alike.

Finally, the clone army represents the US military. Their ability to follow orders without question is only challenged by our current units. For example, they were willing to kill almost all the Jedi, whom they had served beside in many battles, simply because they were ordered to “execute order 66” by Palpatine.

I am sure I have left out much of the other politics in the prequels, but if you want to see the current state of our political system, and the system to follow, then I highly suggest rewatching one of your favorite childhood films. Although it was originally about the Vietnam War era, it applies today more than ever. May the Force Be With You. 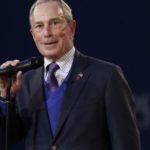 [WATCH] Mike Bloomberg: ‘The Solution To Our Problems Is More Open Borders, Not Closed Borders’ 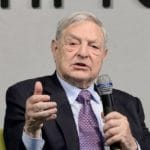 Avery Stevens is a senior in high school who plays soccer and runs track. He lives in Indiana. He is a gun enthusiast, car lover, and avid book reader. He also loves movies. His personal heroes include Ayn Rand, Murray Rothbard, and John McAfee. He is an Anarcho-Capitalist in the Libertarian Party, who advocates for a society where free market takes place of big government.