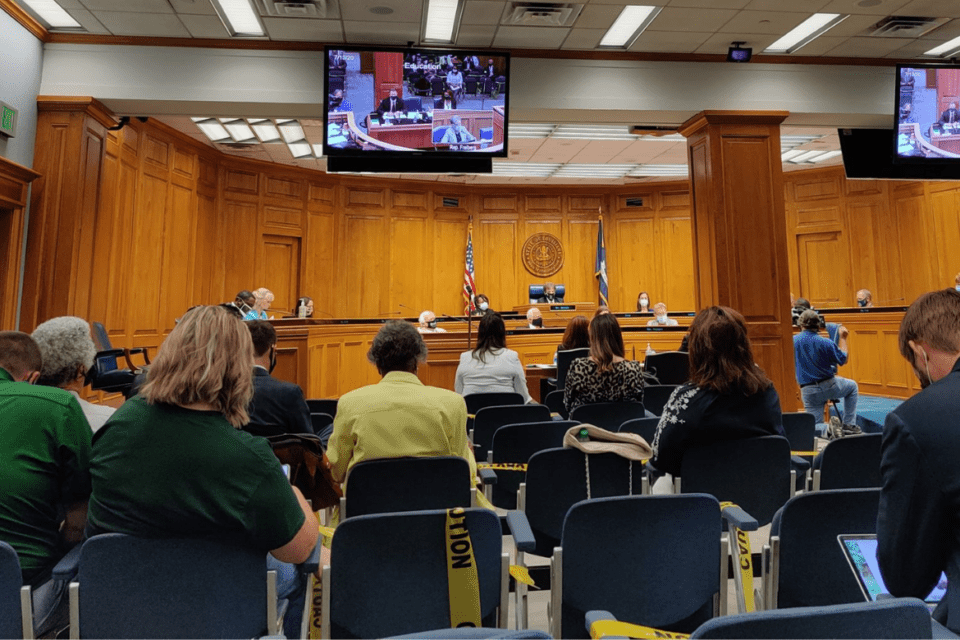 If people don’t show up as much as they speak up, change will never happen.

It’s easy to get on social media and tell your friends and other like-minded individuals how you feel. It’s fun to troll those with opposing views. But at the end of the day, if you don’t show up to meetings, hearings, or contact your elected officials, your opinion is just that and nothing more.

Sure, social media is a great way to spread the word about what is going on. It’s a tool used by nearly everyone. Whether you use social media to keep in touch, advertise, plan events, or just keep up with the news, you likely have at least one social media account.

The issue is that people stop there. When it comes time to back away from the computer or put the phone down and go to a council meeting, not many show up. When it comes time to walk up to the podium and address elected officials, even fewer are willing to do so. The number of people that email, call, or fill out cards is also low. Imagine if all the people that vent on social media took the time to show up.

Additionally, the majority of people seem to only be interested in presidential elections. Maybe that’s because that is all the news covers unless there’s a juicy scandal. Maybe they don’t understand how the government works. Until a few years ago, that was me. I knew I did not agree with a two party system. I knew I wanted change. I did not like what I saw, but had no idea how to do anything about it.

It wasn’t until I moved to a small town in Louisiana that I really paid attention to local government, and just how much impact your involvement there has in the grand scheme of things. Initially, I was motivated by a uniform policy. The new rule was that although letterman jackets were purchased through the schools and earned by the student’s commitment to whatever sport or club they were in, they were not allowed to wear them. They only allowed solid black zip up jackets. So, like many other parents, I emailed the superintendent. To my surprise, he changed the rule. That is when I realized our voices really do matter.

I took to social media hoping to provoke thought and facilitate civil discussion about local issues. Eventually, I was approached by someone planning to run for mayor. They wanted to know if I was interested in helping them campaign. I knew nothing about campaigning and very little about local politics, but I was excited for the opportunity. Much of my time was spent speaking with people and listening to their concerns. The first question most had was, “Is he Republican or Democrat?” This was when I realized that changing the two party system has to start locally.

So many of us try to change minds on a national level. But if we cannot show people we know the importance of breaking away from a two party system, why do we think strangers in an entirely different state will hear us out? Maybe some of the energy we spend arguing with people we don’t know would be better spent educating young adults in our community. Maybe we could encourage more liberty minded people to run for office. Maybe we could break away from that “it’s a wasted vote” mentality if we started in our own neighborhood.

How to Start Your Own Delivery Business