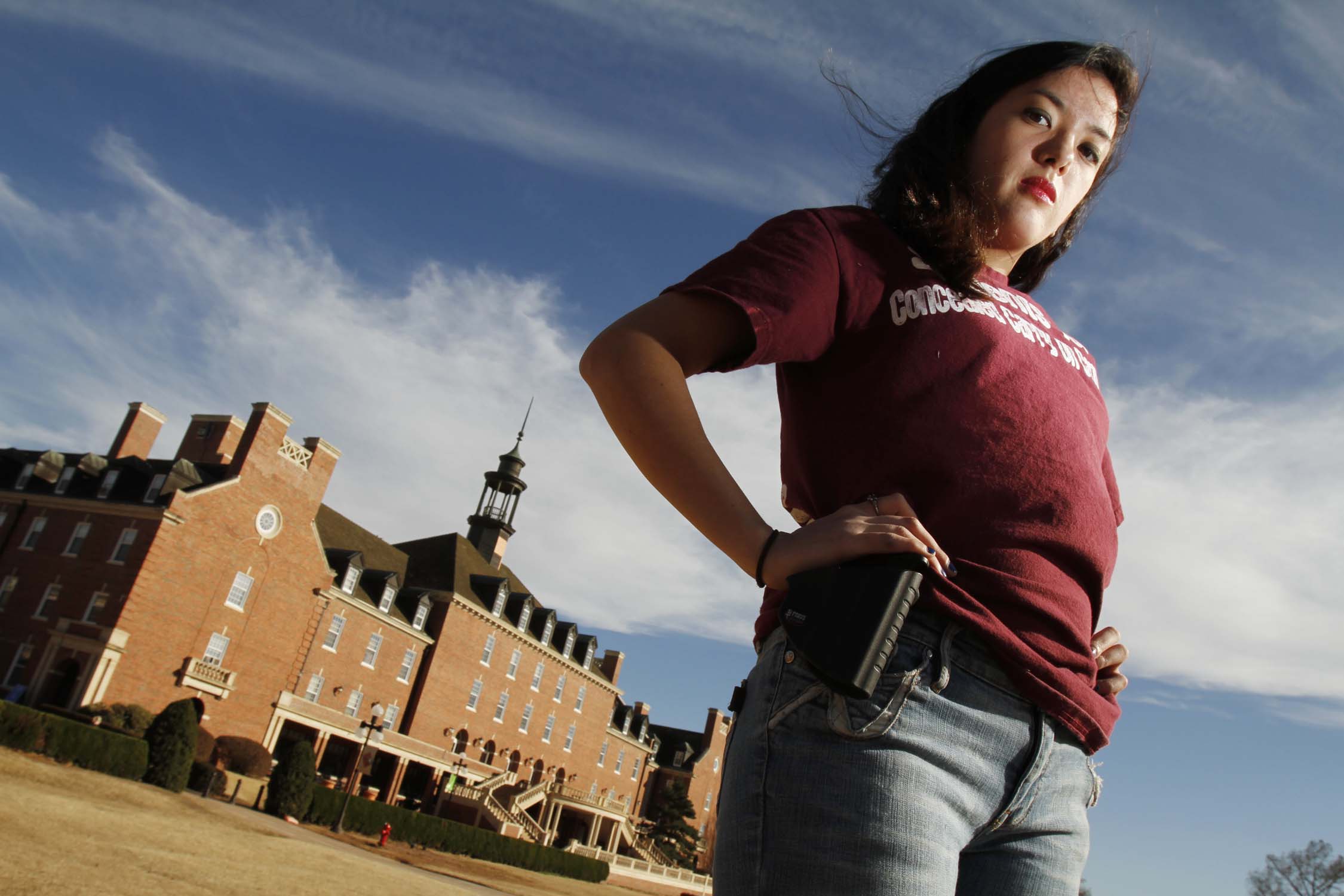 University of Texas at Austin (UT) President Greg Fenves announced the school will allow concealed handguns in classrooms but not in dormitories, setting up what could be a contentious fight with the state government.

Last year, over the vociferous protests of many academics, Texas lawmakers passed S.B. 11, a bill requiring public colleges to allow students and staff to carry concealed weapons on campus. The bill will take effect in August, and on Wednesday Fenves announced what rules UT plans to implement to comply with the law.

“I do not believe handguns belong on a university campus, so this decision has been the greatest challenge of my presidency to date,” Fenves said in a statement.

The new rules adopted by UT appear intended to comply with S.B. 11 to the slightest degree possible. The law allows universities to create gun-free zones in areas where they believe it would be too dangerous to have weapons, but these areas cannot be so numerous they would have the practical effect of banning guns on campus.

A task force created by Fenves concluded that a general ban on guns in classrooms could not possibly comply with the law, but several other areas will likely remain off-limits. Notably, students will not be allowed to store guns in dorms, and professors will be allowed to prohibit guns from their personal offices. Guns being carried must not have a bullet in the chamber, cannot be visible and must use a holster that protects the trigger.

By banning guns from dorms, the rule appears intended to make it extremely difficult for anybody living on campus to legally own a gun.

But the school may be on shaky legal ground. In December, Texas Attorney General Ken Paxton argued that banning guns from dormitories would almost certainly violate the new law.

“If an institution placed a prohibition on handguns in the institution’s residential facilities … it would effectively prohibit license holders in those facilities from carrying concealed handguns on campus, in violation of S.B. 11.,” Paxton told an inquiring lawmaker. Paxton also argued that provisions in the law allowing college presidents to enact “rules, regulations, or other provisions concerning the storage of handguns in dormitories” implicitly assumed that guns had to be allowed in dorms in some capacity.”

But the members of the task force at UT disagree. A person must be at least 21 to receive a concealed carry license in Texas, and because older students are more likely to live off-campus, few people will be affected by a dorm ban, they concluded.

Whether any legal challenge will be forthcoming to UT’s interpretation remains to be seen, and may have to wait until a gun-owning student attempts to challenge it.

Did Israel Just Get Involved In The Syrian Civil War?