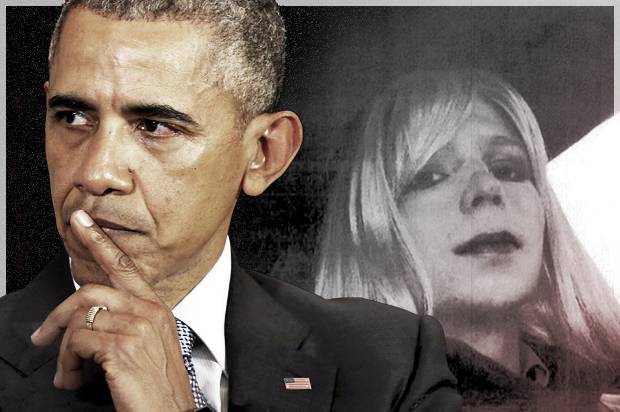 Manning was scheduled to be released in 2045, after being convicted in 2013 of leaking hundreds of thousands of classified Department of State cables to Wikileaks in 2009. The cables caused an international diplomatic embarrassment for the U.S.

Manning’s clemency application to Obama maintained his belief that he was unfairly sentenced to such a long period in prison, saying, “I have never made any excuses for what I did. I pleaded guilty without the protection of a plea agreement because I believed the military justice system would understand my motivation for the disclosure and sentence me fairly. I was wrong.”

“I feel very comfortable that justice has been served and that a message has still been sent,” Obama told reporters in late January defending his decision to pardon Manning. He continued, “It made sense to commute, and not pardon, her sentencing.”

President Donald Trump reacted angrily to the decision in his early days in office, calling Manning an “ungrateful traitor.” Trump’s comments came after Manning appeared to malign Obama’s leadership in a twitter post implying he was not an unapologetic progressive.

The U.S. Army said Manning will remain on active duty after his release, and will continue to receive health care benefits.

“For the first time, I can see a future for myself as Chelsea,” Manning said in a recent statement. “I can imagine surviving and living as the person who I am and can finally be in the outside world. Freedom used to be something that I dreamed of but never allowed myself to fully imagine.”