Initial claims for unemployment insurance soared to 6.65 million for the week ending March 28, exceeding last week’s shocking 3.3 million, and dwarfing the previous high of 695,000 in October 1982. During the Great Recession in 2008-09, total job losses were 8.8 million over 25 months versus a total of 9.96 million initial claims in just two weeks (see chart). The unprecedented flood in claims is likely just the first wave in a tsunami of negative economic statistics that will reflect the impact of the COVID-19 outbreak.

According to the Employment and Training Administration within the Department of Labor, “The COVID-19 virus continues to impact the number of initial claims. Nearly every state providing comments cited the COVID-19 virus. States continued to identify increases related to the services industries broadly, again led by accommodation and food services. However, state comments indicated a wider impact across industries. Many states continued to cite the health care and social assistance, and manufacturing industries, while an increasing number of states identified the retail and wholesale trade and construction industries.”

A more complete picture of the labor market will come with the release of the March Employment Situation report on Friday, April 3. The range of estimates for nonfarm payrolls include a 100,000 gain on the high end and a loss of 4,000,000 on the low end. The full effects of the surge in layoffs may not be reflected in the March employment report as the survey was conducted before the March 21 and March 28 surges in layoffs.

Initial claims are likely to be just the tip of the iceberg when it comes to the effects of the COVID-19 outbreak distorting economic activity. Early low-end estimates for real gross domestic product include drops of 6 percent for first quarter and 25 percent for the second quarter. Expect extraordinarily weak economic reports over the next several months.

Robert Hughes joined AIER in 2013 following more than 25 years in economic and financial markets research on Wall Street. Bob was formerly the head of Global Equity Strategy for Brown Brothers Harriman, where he developed equity investment strategy combining top-down macro analysis with bottom-up fundamentals. Prior to BBH, Bob was a Senior Equity Strategist for State Street Global Markets, Senior Economic Strategist with Prudential Equity Group and Senior Economist and Financial Markets Analyst for Citicorp Investment Services. Bob has a MA in economics from Fordham University and a BS in business from Lehigh University. 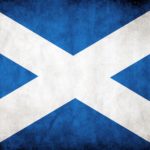 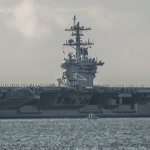