It’s good to know exactly where our tax dollars are going. Unfortunately, the latest investment made by the government with said money will be unknown to pretty everyone except those of us whose job it is to follow politics and policy and foreign affairs. You see, in an attempt to maintain the non-scary, non-war crime-committing image for this country’s foreign policy in the eyes of the ignorant masses, the newest drone base for  U.S. remote warfare purposes will be far, far away where the average American will never see it. In Niger.

he United States is investing at least $50 million in a new drone base in central Niger, which would provide a hub for counterterrorism operations against a plethora of Islamist groups in the region.

The U.S. Congress already approved a $50 million request for the base in its defense budget passed in November 2015, but investigative reporting site The Intercept reported that the cost could rise as high as $100 million.

Niger is the only country in the region willing to host MQ-9 Reaper drones, which are already stationed at a French military base that U.S. forces share in the capital Niamey. But the facility in the central city of Agadez has been described as “the most important U.S. military construction effort in Africa” and is due to be completed in 2017, according to official documents cited by The Intercept.

Niger represents a strategic base for Western counterterrorism efforts in northwest Africa. It is bordered by several countries including Mali, Libya and Nigeria, where Islamist insurgencies are all currently active. Nigerian militant group Boko Haram regularly launches attacks in southwestern Niger, while Al-Qaeda affiliated groups operate in northern Maliand the Islamic State militant group (ISIS) is believed to have thousands of fighters in Libya.

A spokeswoman for the Pentagon, Lieutenant Colonel Michelle L. Baldanza, confirmed that the U.S. had agreed to pay for a new runway among other facilities, but said that drones were not currently flying from the base.

The use of drones—also known as Unmanned Aerial Vehicles (UAVs) or Remotely Piloted Aircraft (RPAs)—by the U.S. military continues to be mired in controversy and has previously resulted in civilian casualties. The United Nations said on Thursday that a U.S. drone strike in eastern Afghanistan had killed 15 civilians, though the U.S. military command said it had targeted ISIS militants.

But I’m sure we will use it responsibly. Like always. 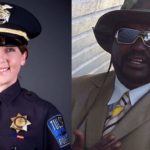