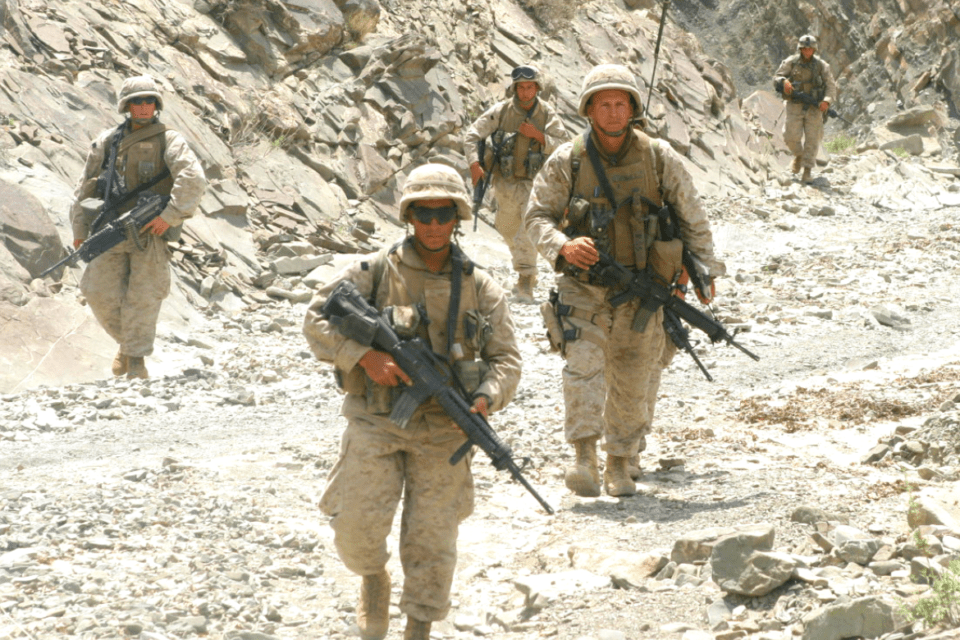 The United States began lobbing missiles in Afghanistan in early October of 2001, and boots were on the ground by October 19th.

Nineteen years of war means some of the soldiers fighting this never-ending war were not even born when it began. President Trump is currently reducing the number of troops in the country known as “the graveyard of empires.” Bringing American soldiers home is gaining popularity and it is long past time.

General Mattis writes about how the US military was caught off guard by the wars in Afghanistan and Iraq in his book Call Sign Chaos. He recalls how, in the immediate aftermath of 9/11, he expected the military would be sent to Afghanistan because it had been known to be a terrorist hotbed housing the likes of Osama bin Laden and Islamic extremists for years.

There is never going to be a perfect solution to any issue in the imperfect world that we live in. The best we can do is carefully look at a situation and prescribe solutions that minimize harm. An unprecedented 19-year war with a poorly defined and ever-changing goal of winning is looking more like a failure.

Over 2,000 American service members and over 1,000 American contractors have lost their lives in this conflict. The US has spent billions of dollars in their efforts to defeat the terrorists and stabilize the country. Yet, Afghanistan is still plagued by violent attacks. They had over 3,000 attacks in 2010 and over 1,000 in 2018. The deaths of Afghans from domestic violence caused by Islamic extremists and collateral damage have reached into the tens of thousands during the time we have been there spilling blood and treasure.

The Washington Post published a previously secret government report called The Afghanistan Papers. It sheds light on something that many of us have recognized over time—the war in Afghanistan was flubbed. The US government knew fairly quickly that it was a failure, yet we kept spending money and blood in the “graveyard of empires”.

James Dobbins, a former US diplomat, is quoted in the Afghanistan Papers as saying in 2016,

General Mattis felt that the military’s role was to kill a specified enemy and leave. Whatever happened after that was not proper for him as a military man to worry about. However, Mattis watched increasing destabilization, a vaguely defined enemy, and a murky definition of “winning” coming from Washington.

He recalls working toward one of the first basic goals of the Afghanistan war, which was to take control of Rhino Base, that would give US forces a stable starting area to fight Islamic terrorists in the country. He was thrown a confusing comment from a commanding officer that sternly told him they were not conducting an “invasion” of Afghanistan. That comment was, at best, a game of semantics that only hindered the military on the ground from having a clear vision of what they were doing. At worst, it was an indicator that higher-ups in the military and civilians back home had no idea what they were getting into.

General Douglas Lute served as the Afghanistan war czar for both the Bush and Obama White House. He said in 2015,

“We were devoid of a fundamental understanding of Afghanistan – we didn’t know what we were doing.”

The US didn’t have a clear end-goal to work towards in the Afghanistan war. Without realizing what winning looks like, there never was a chance to plan an organized invasion and withdrawal. The military was blindsided by what was being asked of them after entering Afghanistan – organize a functioning civilized society complete with free markets and democratic government, in the desert that had no history of systems like this. In other words, they were asked to nation-build a democracy in one of the most dangerous and unstable places in the world.

Trump has not been serious about governing in many ways and has not ended all wars. However, he has NOT started a new war. In addition to the war in Afghanistan, America is providing funds to Saudi Arabia as they fight a war in Yemen. Since 2015, the US has assisted the Saudis in a campaign of death and destruction that can only be described as genocide. But Americans boots are not on the ground in Yemen.

Under Trump’s leadership, Republicans are regaining the correct mantle of anti-war or —at least skepticism of never-ending policing of the world. The Conservative Political Action Conference in February of 2020 was bursting with enthusiasm for less war. During Trump’s speech, the room chanted “bring them home” in reference to American troops fighting forever-wars on far away foreign soil. That is a welcomed change from the war-hawk neocons who dominated DC Republican policy 15 years ago.

The Afghanistan War has been fought for 19 years. It’s too long. We can’t keep asking soldiers to die in a war that is older than they are. Bring them home.