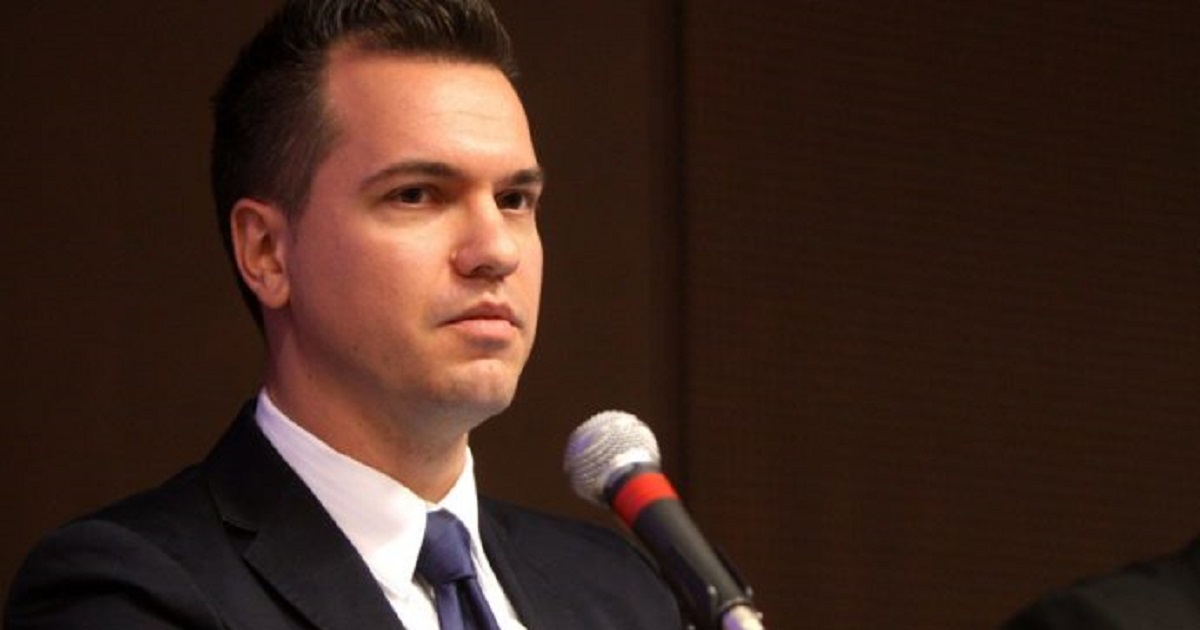 It is one week until Missouri voters decide who their Republican nominee will be for the United States Senate. Every hour counts, and candidate Austin Petersen has been suspended by Twitter for 12 hours.

The incident on Twitter started when Caroline O (Twitter handle @RVAwonk) who is a writer for for Shareblue Media authored a tweet trying to draw a connection between Petersen and the “Russian Conspiracy.” 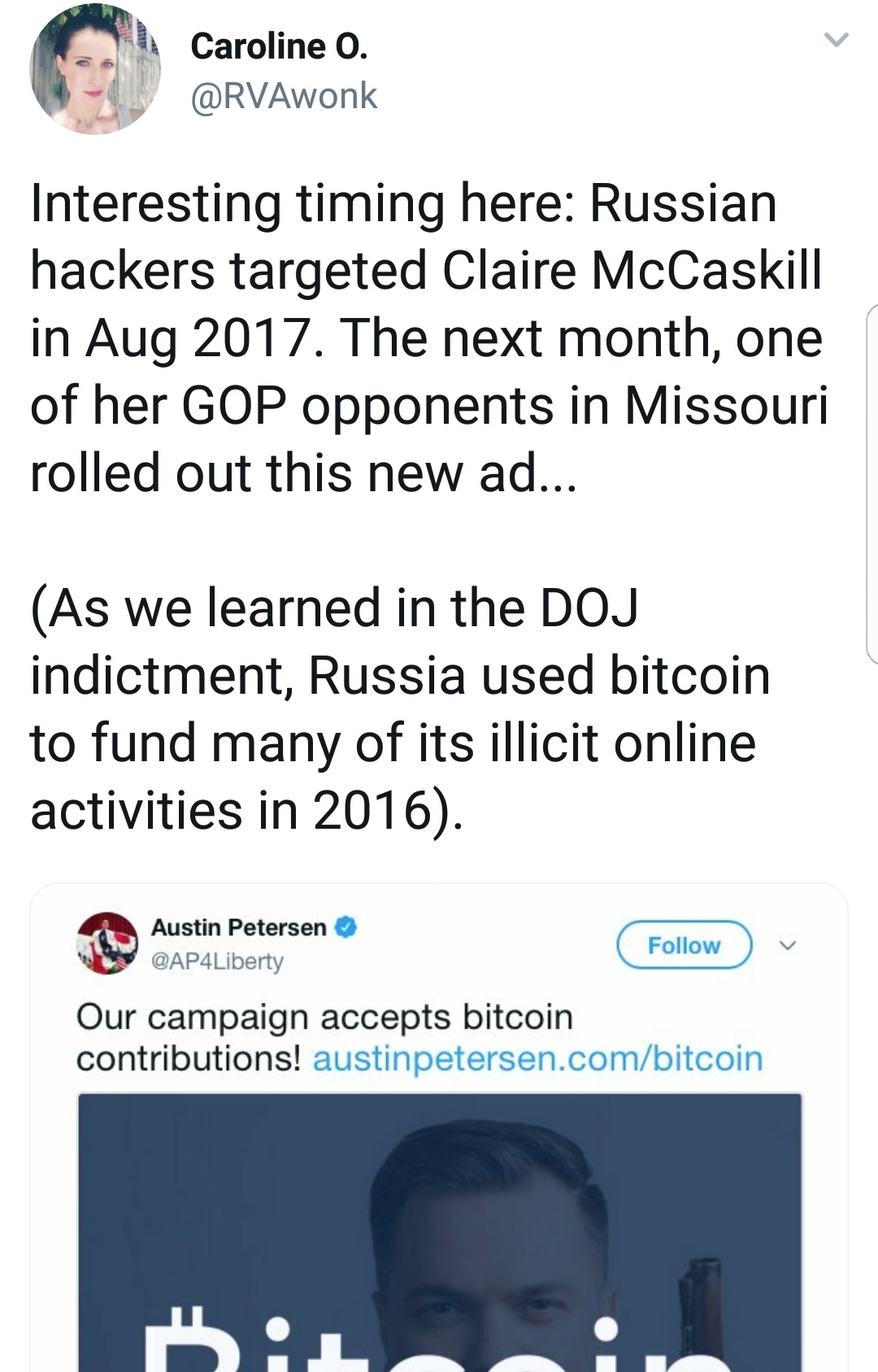 Caroline attempted to draw a correlation between Russian hackers targeting Claire McCaskill and Petersen’s acceptance of Bitcoin as a political contribution method. Petersen has long been in favor of Bitcoin as a decentralized currency, and as Crypto Currency News site CCN has reported, he has received the largest Bitcoin donation of any political candidate in Federal Election history.

Petersen brushed off the idea of of being linked to Russia over his Bitcoin enthusiasm. Russia is notoriously centralized, far from a libertarian paradise and does not even make Investopedia’s list of Top 5 Bitcoin Friendly Countries. He replied back to Caroline with a GIF of Joseph Stalin waving his hand with the caption “Off to Gulag Now.” 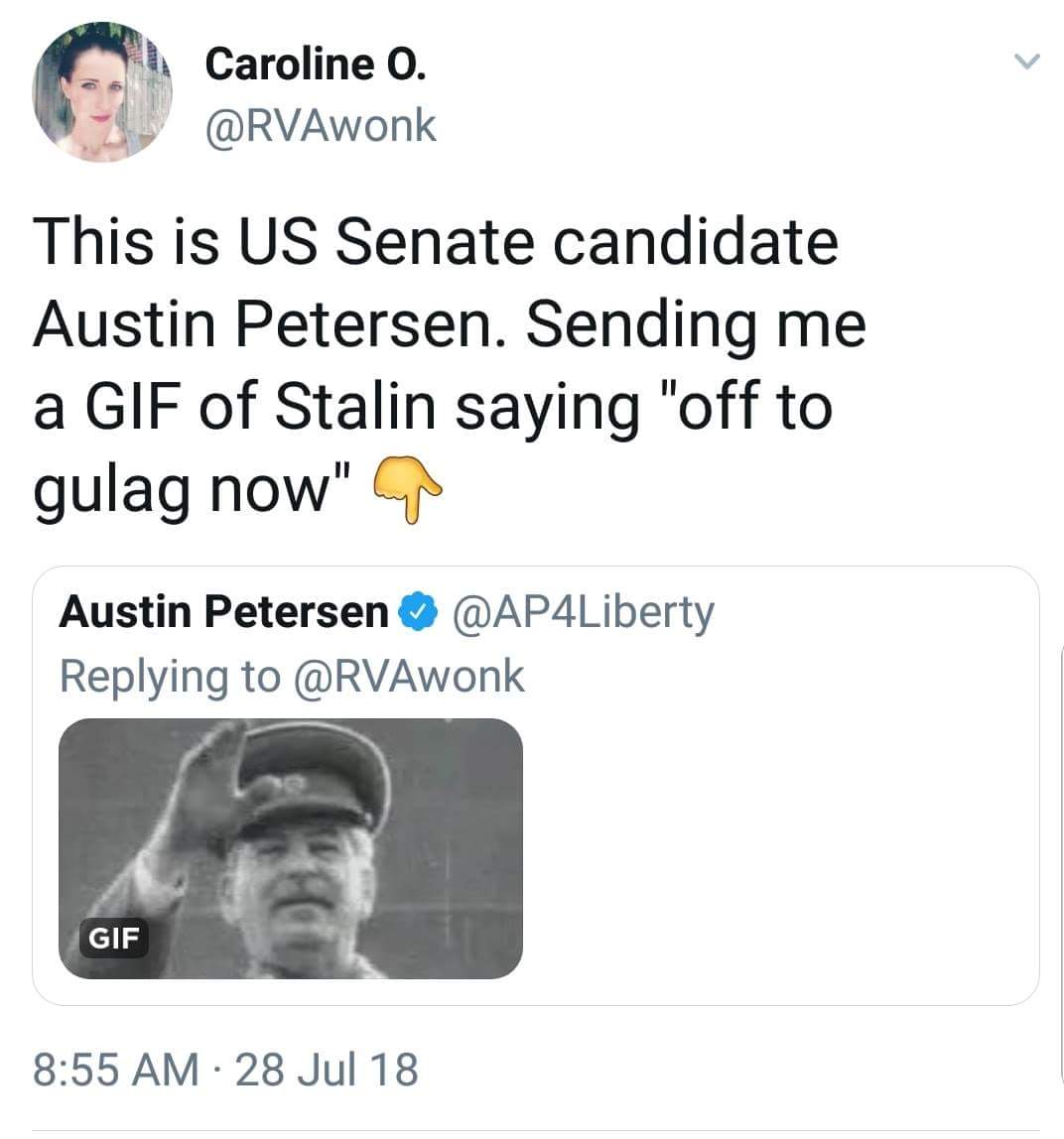 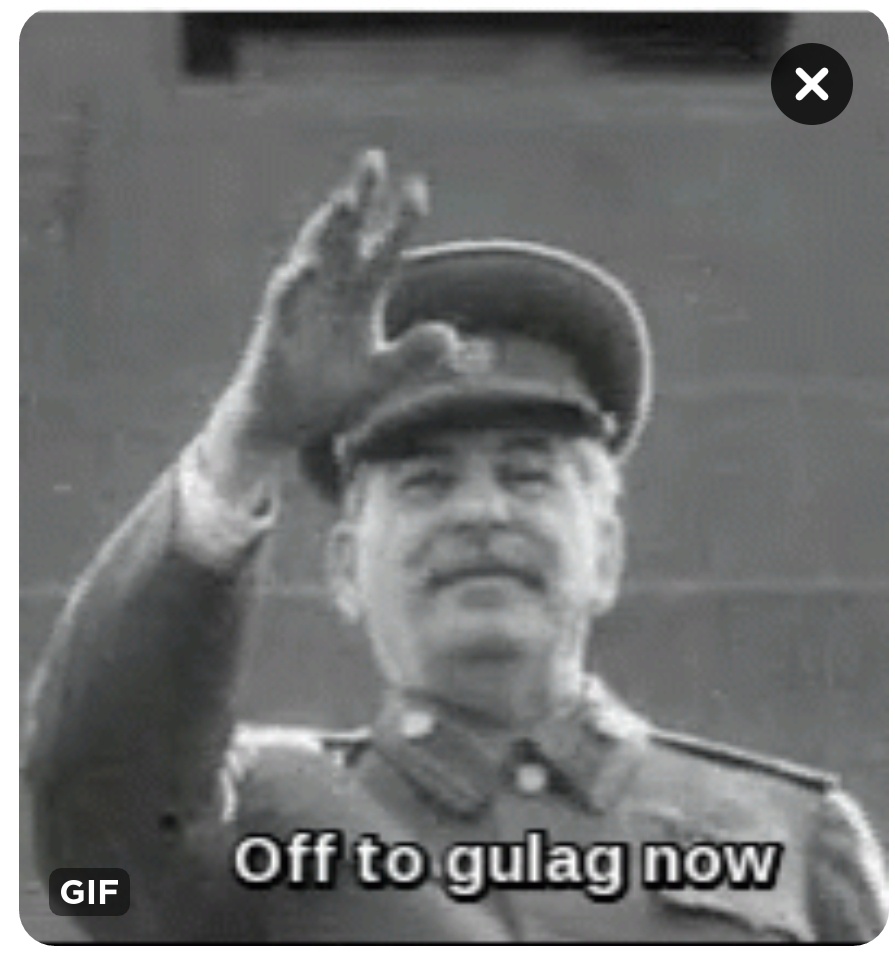 This particular GIF of Stalin was not one that was imported from the web, or a 3rd party image site like IMGUR. This GIF is actually located in Twitter’s own GIF Box. 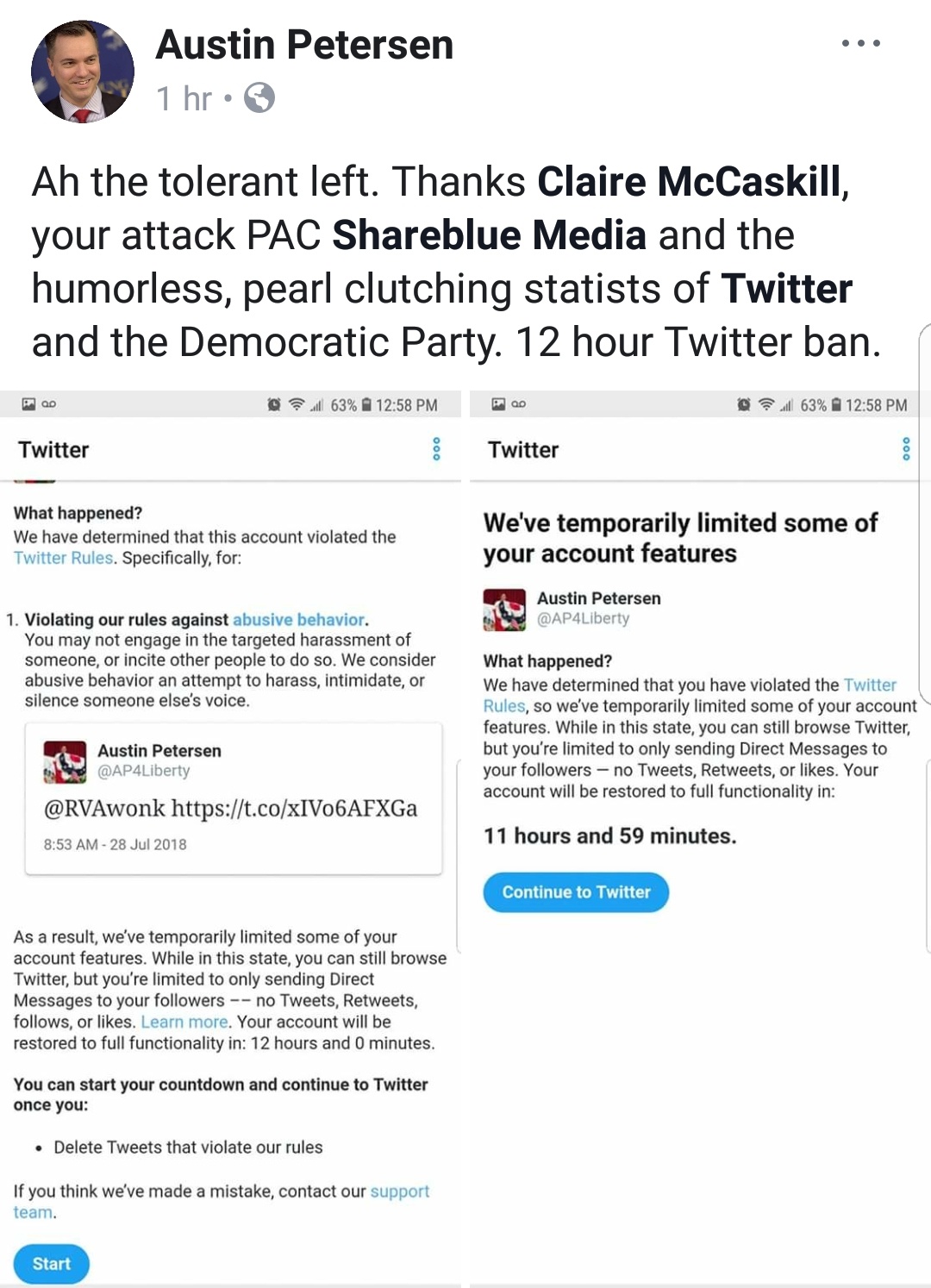 Reporter Caroline Sweeney from Missouri’s local CBS affiliate KCTV5 inquired with Petersen who released a statement to her.

“Twitter and Democratic aligned super PACS are interfering with the federal senate race in Missouri by temporarily blocking my account due to a picture I shared which was located within Twitter’s own GIF file collection. ShareBlue, a Democratic Super PAC, attempted to paint me as colluding with Russia in a recent hack attempt on my opponent Senator Claire McCaskill simply because my campaign accepts Bitcoin, a digital crypto currency. Responding to the attack with a humorous photo of Stalin waving, Democrats seized on this as if it were a credible threat, mass reporting my account and having it restricted for 12 hours. This action is deeply troubling and deserves national attention now, with the Missouri Primary 7 days away, having a candidate silenced is a threat to American democracy.”

Petersen has recently been heavily reported on in the news for the controversial giveaway of a Ghost Gunner, a milling machine that assists in cutting AR-15 lower receivers from aluminum.

Petersen has previously been banned from Facebook twice over the course of this election for campaign giveaways. As The Daily Wire reports, Facebook COO Sheryl Sandberg is a maximum contributor to Claire McCaskill.