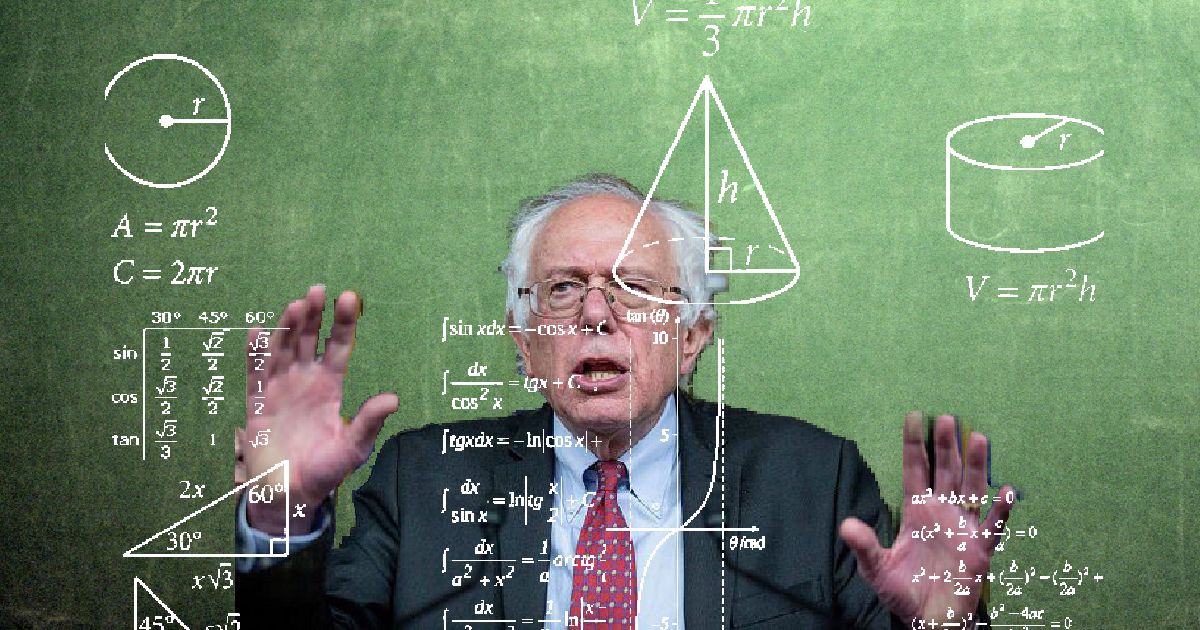 Democratic Socialist Senator Bernie Sanders took to Twitter Saturday to rant about his general distaste for what he calls the “1% of wealth earners” in an attempt to reach out to potential supporters for his 2020 presidential campaign.

“I may not be a great mathematician, but I did learn in elementary school that 99% is a hell of a lot more than 1%. #OrganizeWithBernie” Sanders tweeted. In what seems to have been an attempt to entice others to “feel the Bern,” the only one who got burned was Senator Sanders in his own Twitter feed as many Twitter users roasted his ignorance of basic economics.

I may not be a great mathematician, but I did learn in elementary school that 99% is a hell of a lot more than 1%. #OrganizeWithBernie

Venezuela gave universal medical care in 1999. Look at them now. That is what your policies will do to the United States.

Says the millionaire who not only takes a 175k salary from taxpayers now, but also takes a taxpayer funded pension from his 1980s mayoral days. COMB YOUR FREAKING HAIR, socialist weirdo.

Or even a remotely decent economist

That’s cute, Bernie. Is that where they taught you your skewed version of “sharing” too? You know, the one where you get to demand other people’s toys while donating 1% of yours?

Perhaps we should consider a great mathematician rather than a person who has ideas that would crush the future by stealing the 1% money who provide 99% of the jobs in America. Dont believe the hype.

I want to have a dog, not be forced to eat a dog.

Please, move to a Socialist country and show them how to do it properly before trying to force it on U.S. citizens.

I want to take this opportunity to thank Senator Sanders for being honest for once, and admitting that he can’t do basic math and is economically ignorant. Finally, he is intellectually honest about something anyone who understands third-grade math has known all along. Libertarians have known for years that to be a Socialist, you have to nap through economics class, but at least now the Socialist star is stating what we have known since day one. It looks like the senator’s attempt to make others “feel the Bern” only ended up getting him roasted.