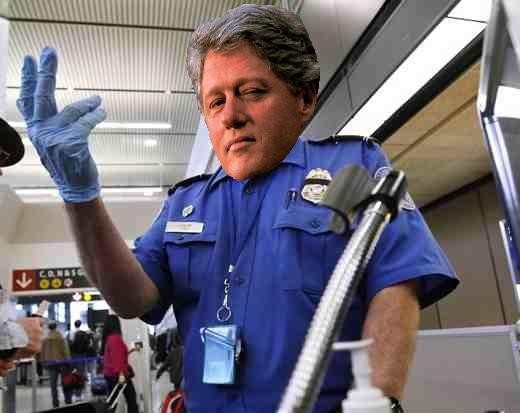 In a new report, the Department of Homeland Security (DHS) reveals that the Transportation Security Agency (TSA) failed undercover explosive screening tests in 95 percent of the trials in dozens of airports across the country.

One undercover agent made it through security after setting off an alarm at a magnetometer, because TSA screeners failed to detect a fake explosive device that was taped to his back during a pat down. You literally had one job.

Despite spending $540 million on checked baggage screening equipment and another $11 million for training since a previous review in 2009, the DHS reports that the TSA remains ineffectual . Because apparently throwing money at broken things doesn’t fix them.. weird.

“Upon learning the initial findings of the Office of Inspector General’s report, Secretary Johnson immediately directed TSA to implement a series of actions, several of which are now in place, to address the issues raised in the report,” the DHS said in a written statement to ABC News.

In other words, “we’ll get to it eventually.”

A DOH spokesperson stated that there is nothing to worry about, despite the report.

“Today, all air travelers are subject to a robust security system that employs multiple layers of protection, both seen and unseen…In combination, these layers provide enhanced security creating a much stronger and protected transportation system for the traveling public.”

The TSA: Letting bombs through security 95 percent of the time, all of the time.