President Trump has been facing a hostile Iran since he came into office. Iran has repeatedly threatened transport ships in The Strait of Hormuz and shot down an American drone. Trump did not retaliate with violence.

When did he retaliate by killing a top Iranian general? When an Iranian-backed militia shot rockets that killed an American contractor.

But the past is the past. No one can go back and change what happened 40…30…20…10 years ago. All you can do is look toward the future and map the best route you can take. This is especially true with the American system considering we have three separate branches of government that check (and theoretically hinder) one another and an Executive that is term limited to eight years.

Therefore, you cannot take on grand schemes like turning the Middle-East, which has had deep tribal and cultural disputes for thousands of years, into a functioning US-style democracy where civil liberties and free-markets abound. And then expect to be able to manage that over your term and seamlessly hand it over to the next president (who likely doesn’t hold the same foreign policy). This is why any movement on the international relations stage needs to be quick, pointed, and well-planned.

President George H.W. Bush and President Kennedy had this kind of responsible foreign policy that looked towards the future and planned for their goal and, most importantly, their withdrawal. Presidents need to have a tough persona and come to the negotiating table from a position of power and a willingness to use their strength if necessary. However, they also need a keen common sense and a forceful self-restraint to hold back if it is not in the nation’s interest or if the goal is not reasonably achievable.

The basis of this is to protect America, her people, and her interest in an environment of peace that is sustained through strength. Instead of kicking the responsibility of gauging whether foreign policy was a success down to future generations, the responsible peace-through-strength actor knows that they must determine exactly what their objective is and how to achieve it. The second boots are put on the ground, there should be a decisive plan on how and when to withdraw them.

The most famous purveyor of peace-through-strength is President Reagan. One of his great abilities was looking at the situation, calmly determining the advantages and disadvantages of the scenario, and then coming to a reasonable solution. Another of his most remarkable characteristics was to admit something was not furthering our interests. Foreign Policy magazine wrote that he should be heralded for “when Reagan cut and run” in Beirut because we were spending money and effort where it wasn’t worth it.

In this Iran situation, it appears that Trump’s red line that cannot be crossed is the death of an American. They killed an American. We killed their general. They sent missiles close to an Iraqi base housing Americans, but none of them hit. The US is retaliating with economic sanctions but is “ready to embrace peace”.

General Mattis would tell Iraqi leaders “I come in peace. I didn’t bring artillery. But I’m pleading with you, with tears in my eyes: If you fuck with me, I’ll kill you all.” President Trump might be tapping into Mattis’ mojo and, honestly, it is pointed and decisive. 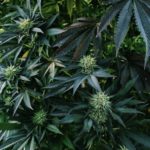 A Detailed Review Of The Sweet Nina Cannabis Strain 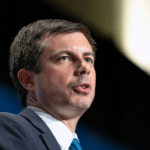 Buttigieg Suggests US Bears Some Blame For Iran Blowing Up Airplane