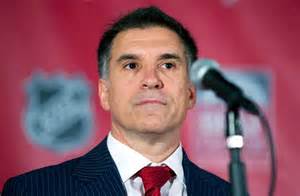 President Donald Trump’s nominee for Secretary of the Army, businessman Vincent Viola, has withdrawn his name from consideration due to Defense Department rules concerning family businesses. The Military Times reports that “he had planned to transfer ownership to other family members but turn over operations responsibilities to the team’s vice chairman, but that arrangement did not meet Pentagon requirements, according to sources. ”

“I appreciate the confidence President Trump showed in me,” Viola said to the Military Times. “I offer my continued support for President Trump and his administration, and look forward to redoubling my efforts to support the Army and its veterans as private citizens.”

Secretary of Defense James Mattis was disappointed, but understood Viola’s decision, a statement from the Pentagon said. Mattis will recommend someone else to the post.

Viola is a 1977 graduate of West Point and served in the 101st Airborne Division, He trained as an Airborne Ranger infantry officer and founded and helped fund the Combating Terrorism Center at West Point in 2003. He founded the tech firm Virtu Financial and is the owner of the hockey team Florida Panthers.

Scott Adams, Creator of Dilbert, Ends Support for UC Berkeley Because of Milo