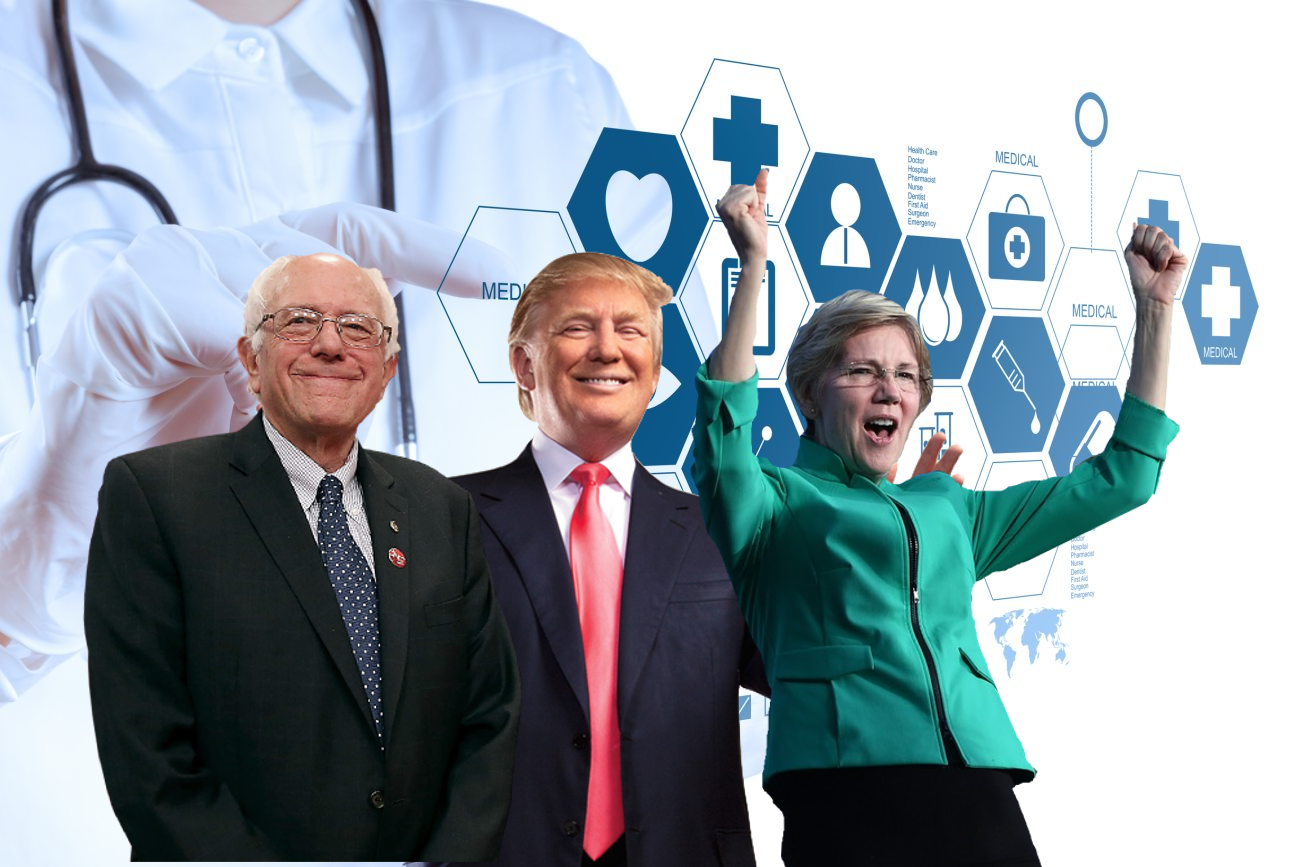 President Donald Trump, via a series of tweets, under the mist of a brewing weekend and dying news cycle, has announced a new bipartisan health care plan to “Make America Great Again.”

Trump started the night picking up where he left off, spouting disdain for the principled conservatives in the House Freedom Caucus. Again calling out their chairman Rep. Mark Meadows (R-NC). 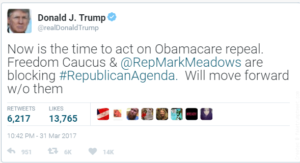 The President, followed up his attacks on the HFC and Meadows with echos of comments he has made regarding a possible new approach to repealing Obamacare. Explaining that he believes he can now unify the Republicans and Democrats to move health care forward. Even going so far as to call the unification “easy.” 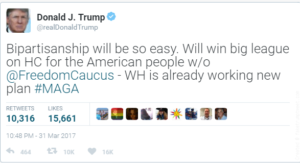 The next tweet from the President came as a bit of a shock. Claims of a bipartisan bill being nearly finished raised many eyebrows.

“The time frame doesn’t make any sense unless the President’s plan was never to include real Conservatives in the process,” said Sen. Rand Paul in an email to The Libertarian Republic. He continued, “The latest series of tweets from the President have many worrying what the bipartisan plan could be… we all remember his comments on ’60 Minutes.'”

Well, it turns out that Freedom Caucus Republicans and the American people would not have to wait long to discover what the President had been working on. In his final tweet of the night, Trump made his big announcement.

As the news began to make its rounds, those inside the Republican Party began to lose their minds. Fox News shot immediately to the coverage with host Shep Smith handling. Shep was nearly in tears. He was clearly shocked, dismayed and bewildered. “The President, who ran a campaign on being real change in Washington, has just sold out the American voter ‘bigly,'” Smith said.

Chairman Meadows told USA Today that he “saw this coming.”

“It all makes sense now, the President worked hard to scapegoat the real conservatives in the party. Throwing us under the bus, while he planned to slam the backdoor on the health care of hard-working Americans across the nation. Shameful.”

Following the final tweet, and in an effort to calm the brewing storm of angry Republicans, Press Sec. Spicer took to the podium of Press Corps room to address the nation.

“I know that many are confused following the news just announce by the President. I understand your concerns and upsettedness. The President would like me to express that he truly believes that this style of health care is the only way forward to ‘Making America Great… and healthy… again,'” Spicer said addressing the rolling cameras in an otherwise empty room. “The White House and your President ask that you taken an open-minded approach to the newly proposed plan, named ‘The Really Universal Medical Plan.’ or TRUMP for short, with an open mind. The health care of the American people is one thing this administration takes very seriously.”

Spicer wrapped his statements up by saying the White House is ready to move on to tax reform, and the Senators Sanders and Warren have already offered to advise the President.

THIS IS CLEARLY AN APRIL FOOLS’ JOKE!!!! THIS PIECE IS YUGE SATIRE. LIKE BIGLY SATIRE. SO MUCH WINNING SATIRE. #MAGA #WEHAVETHEBESTWORDS #BEAUTIFULWORDS

WikiLeaks: CIA Disguises Its Own Hacking Jobs as Russia and China