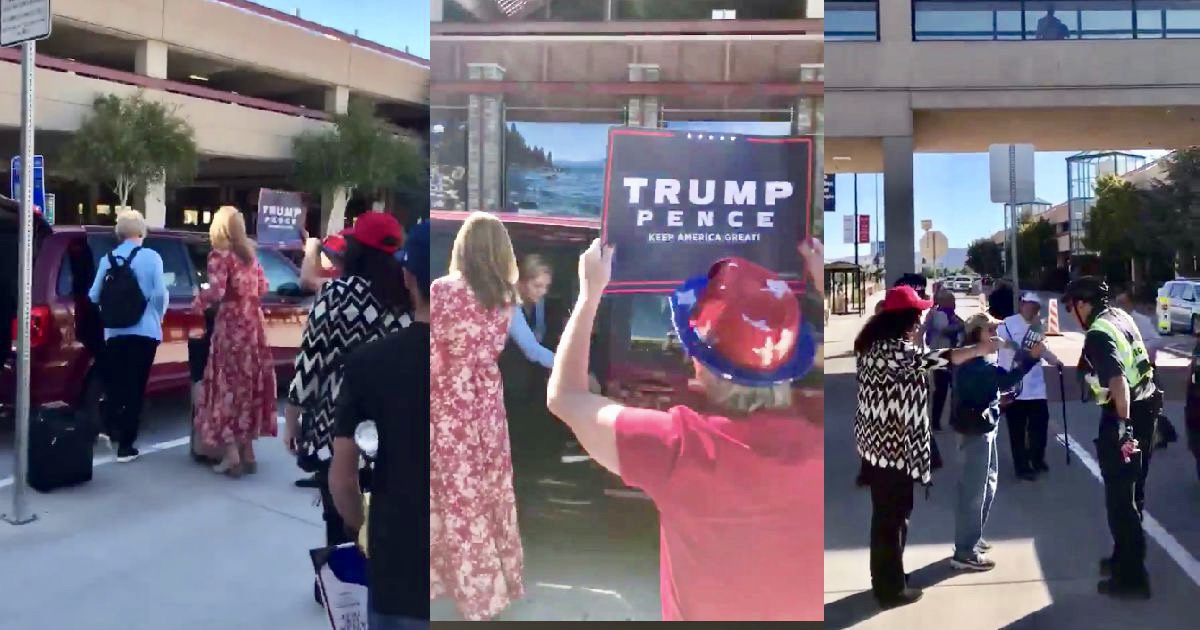 The people carried Trump 2020 signs and shouted as the Massachusetts senator wheeled her luggage through Reno-Tahoe International Airport, according to a video the Nevada GOP posted on Twitter.

Nevadans greeted @ewarren in Reno and let them know exactly how they feel about the Democrats’ despicable attempt to impeach @realDonaldTrump and undo the 2016 election.

Join us and FIGHT BACK. Tell the Left to Impeach THIS ➡️ https://t.co/clr2NQb5rW pic.twitter.com/Pa5NykDJwy

“There’s a lot we need to do,” Warren said to the crowd, according to a tweet from The New York Times’ Thomas Kaplan. “And I understand, I understand that [President] Donald Trump and his supporters are getting really nervous, and they have a good reason to be.”