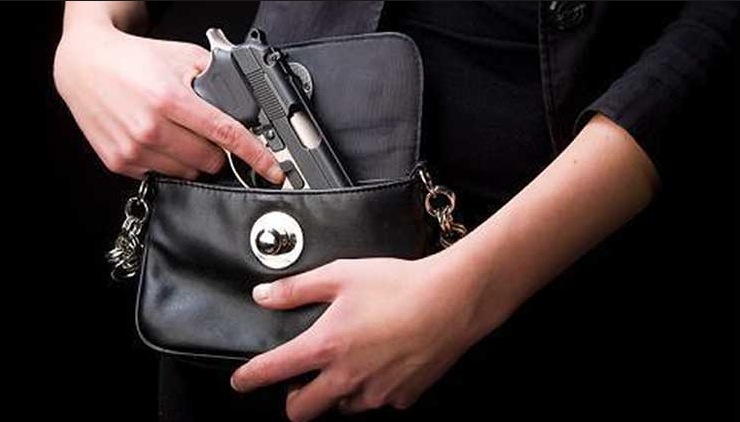 The year before she hit it big in the action flick “Speed,” Sandra Bullock played a police officer helping Sylvester Stallone catch Wesley Snipes in “Demolition Man,” a movie set in the crime-free, futuristic utopia of San Angeles. In one scene, as Snipes attempts to construct a gun, lightly-armed policemen close in on him. He proceeds to wipe out the entire squad.

This comes to mind every time the gun-control debate rages after a mass shooting. Who wouldn’t want a society where not even law enforcement needed to carry lethal weapons? Unfortunately, that’s not reality, but we’re closer to it than we’re led to believe.

According to the Pew Research Center, violent crime has fallen between 49 percent and 74 percent over the last generation. After cresting in the 1970s and 1980s, the murder rate has halved to around five people per 100,000 citizens. Regrettably, this type of news is incompatible with political narratives and doesn’t get much press.

It also provides inadequate fodder to blow off steam.

Instead, political tribes rip the fecklessness of “thoughts and prayers,” while the opposition responds with assertions of naiveté.

After we’re done converting our passions into a withering fire of social media posts, we fall back on outsourcing our sentiments to ready-made demagogues eager to translate them into votes.

These master panderers are willing to criminalize some of the most law-abiding citizens, never mind that the rifles currently in politicians’ crosshairs are used in fewer homicides than handguns. Moreover, it’s difficult to tell whether these so-called leaders are ignorant of the law, or if their motives simply exist on a slippery slope, given how widely they classify “semiautomatic.”

Meanwhile, one has to wonder if Americans have simply become lazy about personal safety.

We know background checks are not terribly effective. We also know gun-free zones are target-rich environments. While “red-flag” laws are good in theory, seizing someone’s property without “due process” is constitutionally problematic.

In the end, all of these policies are undercut by the fact that, by definition, criminals do not follow the law. We can’t even fully rely on the police, who have no “duty to protect a person from harm.”

Yet, as the manufacture of firearms and applications for concealed permits have both increased in recent years, the percentage of American households owning firearms is trending downwards.

We’re not advocating for everyone to own a firearm. They are intimidating and dangerous objects. However, there are more than a few of us who possess an “if not me, who?” attitude. The surge of El Paso residents seeking concealed-carry licenses is proof of this.

“If not me, who” folks couldn’t live with ourselves if we didn’t attempt to thwart an attack, or run toward danger in order to save others, as Private First Class Glendon Oakley did during the recent shooting in El Paso.

There are no guarantees in life, particularly in the midst of such a chaotic situation. However, doesn’t it seem that we’d be a lot safer if more citizens found “if not me, who?” within themselves?

While fear would naturally be our first instinct, it isn’t hard to imagine lives at risk, some of whom may be your family. When someone is a menace to your child’s survival, what is your attitude toward that person?

Fifteen years after “Speed,” Sandra Bullock won an Oscar for portraying just such a parent.

This time she was staring down a gang-banger in “The Blind Side” after he threatened her son, assuring him that she’s “always packin’.” There was a noticeable tinge of anger in her tone.

Maybe we’d all be better off turning our ire away from each other and instead focus on protecting ourselves from the real bad guys.

What Is Lobbying (And Do We Really Need Lobbyists)?