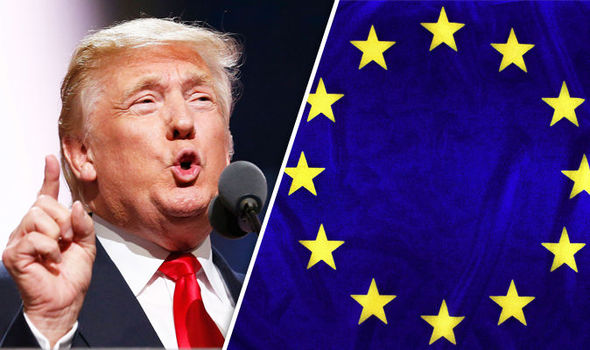 The White House is working on a “major Trade Deal” with the U.K., which is expected to be in place by the time England exits the European Union in 2019, the Wall Street Journal reports.

President Donald Trump announced the White House was working on the deal Tuesday in a tweet.

Working on major Trade Deal with the United Kingdom. Could be very big & exciting. JOBS! The E.U. is very protectionist with the U.S. STOP!

“It’ll be a big trade deal—much, much more business than we do right now, many, many times,” Trump told the Wall Street Journal.

The deal will cover agriculture, financial services and aviation, but the new deal will likely expand to other areas.  “[There] may be things that we do with the U.K. that are not covered by the EU,” an unnamed White House official told WSJ.

“I have a good relationship with the EU people and all, but they are very, very protectionist,” Trump said.

Asked about the White House’s action on the steel industry, which the president has criticized, Trump said “we don’t want to do it at this moment.” The timeline for taking action on steel is delayed because “we’re waiting till we get everything finished up between health care and taxes and maybe even infrastructure,” Trump said.