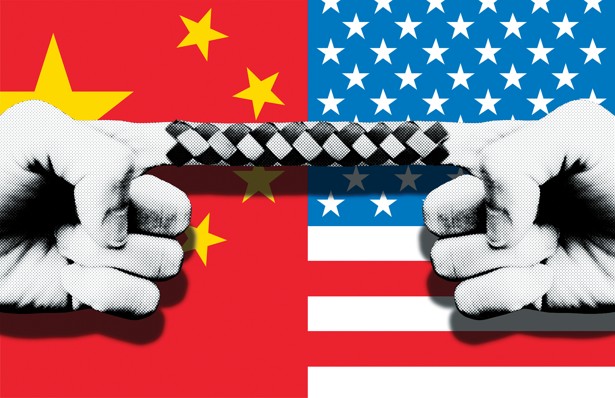 The head of the CIA has stressed that China is one of the most serious threats to American interests.

The U.S. faces a number of threats from Russia, China, Iran and North Korea. “I think China has the capacity to present the greatest rivalry to America of any of those over the medium and long term,” CIA Director Mike Pompeo told the Washington Free Beacon.

“If you look at them, they are probably trying either to steal our stuff, or make sure they can defeat it,” he explained, adding that in most cases, it’s both.

China is rapidly modernizing and advancing its military capabilities to project power abroad and contribute to the deterioration of American power and influence, especially in the Asia Pacific. In addition to asserting dominance in the East and South China Sea, China has also been extending the range of its naval and air forces. China is preparing to open its first overseas military base, improving its strategic rocket force through regular missile testing and training, and engaging in espionage to get the edge on rivals.

The spies reportedly asserted the stolen data would “allow us to rapidly catch up with U.S. levels” and help China to “stand easily on the giant’s shoulders.” The Chinese agents are believed to have also accessed plans for U.S. bombers and other weapons systems.

China should “show our gratitude and respect for his service to our country,” the Global Times, a Chinese tabloid, wrote in response. “On the secret battlefield without gunpowder, China needs special agents to gather secrets from the US.”

A Chinese dissident hiding in New York recently revealed that China has a vast network of tens of thousands of spies operating in the U.S.

“It’s the case the Chinese have an active campaign,” Pompeo revealed. “They are working it very, very hard, much like the Russians, and to a lesser degree, the North Koreans.”

Chinese forces “have as part of their mission to reduce the relative power of the United States vis-à-vis their own country, and one of the ways they do that is through these active measures, these spying efforts,” the CIA head added.

U.S. intelligence agencies have been striving to counter Chinese operations, as well as conduct its own operations, although China devastated U.S. espionage activities in China several years ago, eliminating critical intelligence assets.

Beijing killed at least a dozen CIA sources and imprisoned several others, former and current U.S. officials told The New York Times in May. China considers foreign espionage a major threat. “It is a major security threat that we cannot afford to ignore,” the People’s Liberation Army (PLA) Daily argued earlier this year, “If a war were to break out tomorrow, intelligence would be our Achilles heel.” The military newspaper advised the Chinese military to step up its capabilities and prepare to throw punches when necessary.

The U.S. is taking steps to do the same, Pompeo introduced.