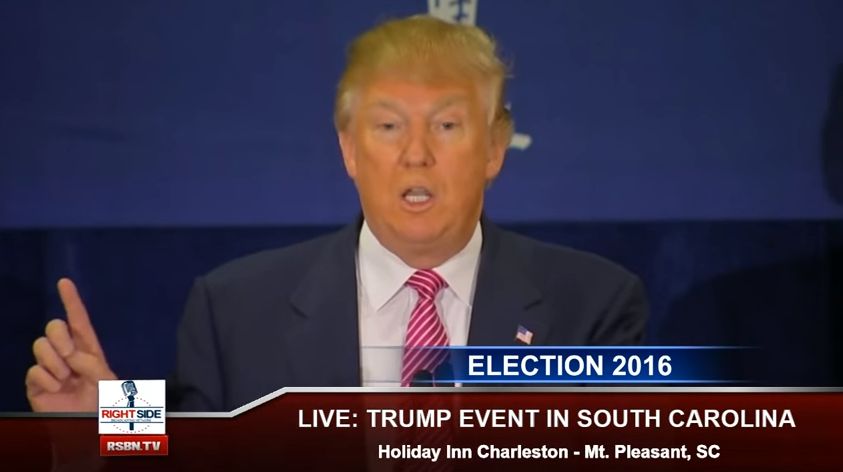 As soon as anything doesn’t go his way, Donald Trump is quick to cry foul. Now he has renewed earlier threats to leave the Republican race and run third party. Doing so would, of course, all but guarantee a Democrat victory in November.

The race has dramatically shifted since Saturday. The death of Supreme Court Justice Antonin Scalia brought a much more serious and conservative tone to the contest for the GOP nomination. That new tone was contrasted heavily on Saturday by Donald Trump’s worst debate performance yet. Effective shots were landed against the front runner by Jeb Bush, Ted Cruz, and Marco Rubio. In Trump’s fervent defense of himself, he became bombastic and crass. Then he made the mistake of bashing George W Bush in Bush country shortly before he defended Planned Parenthood.

The crowd booed and hollowed and Trump’s opponents piled on, causing Trump to become even more unhinged. The policy critiques he espoused would not have flown with any conservative audience, but they were especially poor choices for the South Carolina crowd. Of course, Trump is blaming the RNC for conspiring against him and rigging the debate crowd. Anybody to blame but himself.

Question for Mr. Trump, who purports to be able to solve all our problems: If the RNC is too formidable a foe for you; if you with all your money and influence cannot even get debate tickets, what does it say about your ability to accomplish anything in the political realm? Is that winning?

Now Trump is threatening to run third party. In typical Trump fashion, if he doesn’t get his way, he will try to destroy the party that rejected him. He doesn’t care about conservatism anymore than he cares about the GOP or who gets the presidency. If his friend Hillary Clinton winds up winning, Trump will be rubbing elbows with her in no time. The fact that he would even threaten to run third party when the Supreme Court is on the line proves where his loyalties lie.

UPDATE: TRUMP THREATENS LAWSUIT AGAINST TED CRUZ, SAYS RNC MUST INTERVENE OR THEY VIOLATE HIS PLEDGE TO THEM.

Here’s the video where he first made the threats: