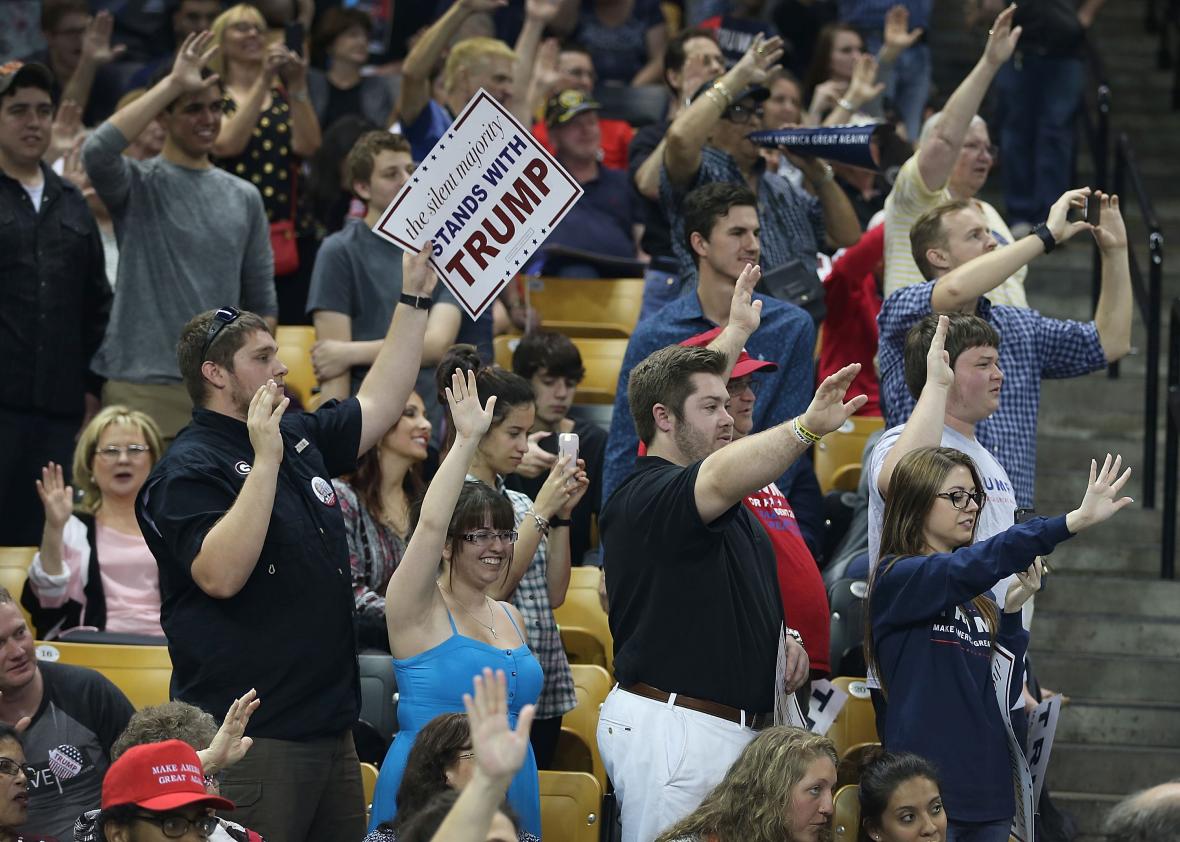 Donald Trump led a massive crowd in Orlando in a pledge to vote for him during a campaign event Saturday night.

Trump stopped mid-speech and told the huge group of potential voters to raise their right and hands and repeat after him in a pledge that they will vote for him in the Florida primary on March 12, no matter what.

“Who likes me in this room?,” Trump asked, followed by applause from the crowd,”OK, I’ve never done this before, can I have a pledge, a swearing?”

Donald Trump makes members of his Orlando crowd raise their right hands and swear to vote in the primary. pic.twitter.com/EVenRilJrV

He then instructed the audience to “raise your right hand.” The crowd almost immediately responded by doing so, followed by Trump leading them in a pledge to vote for him.

“I do solemnly swear,” said Trump, echoed by the crowd.

“That I, no matter how I feel, no matter what the conditions, if there’s hurricanes or whatever.” The crowd again repeated, albeit somewhat inaudibly.

“Will vote, on or before, the twelfth for Donald J. Trump for president.”

The crowd again applauded, followed by a thanks from Trump.

“Don’t forget you all raised your hands, you swore. Bad things happen if you don’t live up to what you just did.”

You can watch the pledge in its entirety below.

This One Photo Sums Up Hillary’s Entire Political Career