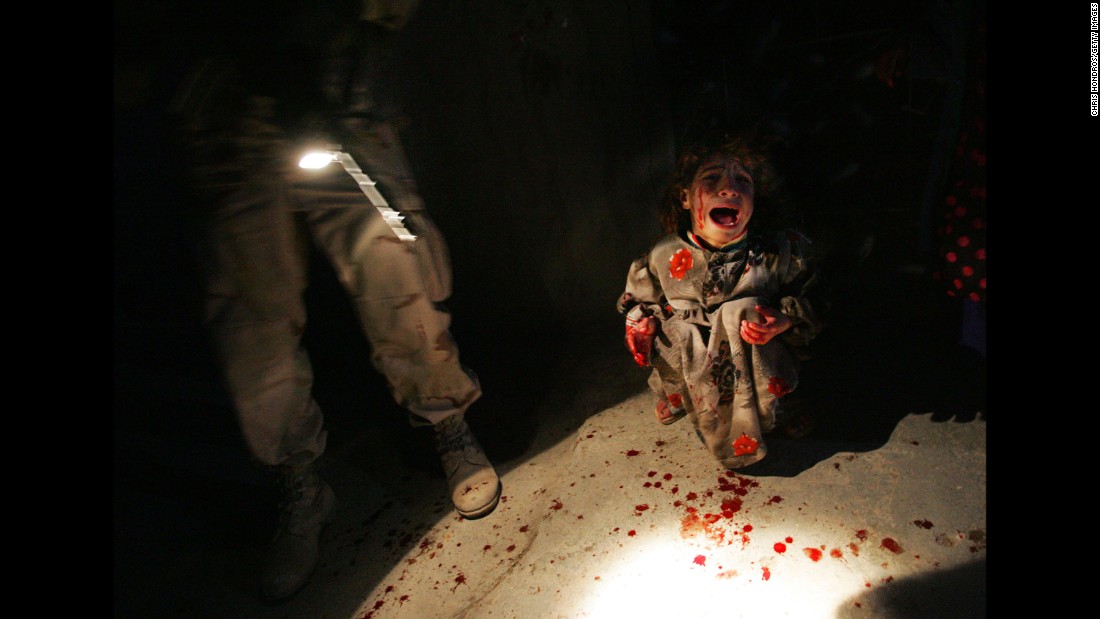 During an interview with Bill O’Reilly, President Trump was asked if he respected Vladimir Putin, the President of Russia. After answering in the affirmative, O’Reilly pushed back, telling Trump, “But he’s a killer.” Instead of walking back his statement or seeking to clarify, Trump went even further and drew a parallel between the US and Russia, saying, “There are lots of killers. You think our country’s so innocent?”

By responding this way, Trump violated one the central dogmas of US national security orthodoxy, causing the various organs of the national security complex – career politicians, military and intelligence officials (active and retired), corporate media outlets – to quiver with rage and issue all manner of self-righteous, cognitively dissonant condemnations.

Not only did Trump undermine the conventional wisdom surrounding the US government’s special status as a noble institution whose worldwide presence stabilizes and civilizes all who come into contact with it, he did it in a way that put it on a similar footing with the deep state’s favorite boogeyman, Russia.

Yet there is a great deal of truth to Trump’s statement. The US government is indeed a killer, and quite the prolific one at that. One notable example, being that it is estimated (very conservatively) that the Iraq war caused the deaths of at least 165,000 Iraqi civilians. Years before the US invaded Iraq, it imposed deadly sanctions on the country’s economy, causing, by some estimates, the death of 500,000 Iraqi children. When asked if such a high price was worth it, then Secretary of State, Madeleine Albright, replied, with little visible emotion and no hesitation, that, yes, it was indeed worth the price. Going back even further, to the horrific war in Vietnam, it is estimated that between 1.5 million and 3.8 million people were killed. And when one considers the dubious, if not outright fictional, pretexts upon which both those wars were waged, the body counts become even more grisly.

But none of these facts matter to the apologists for US empire. For them, such killing, while always and avowedly regrettable, is a necessary price to pay for their self-righteous and messianic crusading. The fact that millions of innocent people have died is outweighed by their ostensibly noble intent. Somehow, I doubt the victims of US state violence are comforted by that.

The media, who are supposed to challenge such mendacious propaganda narratives, have, predictably, taken to defending and reinforcing them with the vigor of a state Mandarin. Amply documented by real journalists like Glenn Greenwald, their intent is and always has been to uncritically disseminate government propaganda in what can only be described as an incestuous relationship where favorable coverage is given in exchange for access and other favors. Hence the self-righteous, wide-eyed hysterics emanating from various corporate media outlets.

But Putin’s motives are bad, we’re told. Apparently, this makes all the difference to some. And while one can concede that intent is an important element of a crime, it does not change the underlying criminality of killing innocent people. Committing such acts under the color or pretense of “law” does nothing to change that either. At best, the US government’s mass slaughter of innocent civilians is a case of negligent homicide writ large. At worst, it’s a case of a blood-thirsty empire waging wars of aggression and leaving a mountain of corpses in its wake.

Another flimsy, self-serving rationalization offered up to us by the various establishment figures is Putin’s persecution of internal dissent. He jails people for having bad opinions and he even has some of his opponents and critics killed. This is somehow worse than killing millions of innocent people in foreign countries? And even if we accept the implied premise, that oppressing and killing your own people is worse than killing foreigners, the US government still comes out looking pretty terrible. Whether it was FDR’s mass internment of Japanese-Americans or Richard Nixon’s “war on drugs”, which was designed, in part, to oppress blacks and peace activists, the US government has been engaging in various forms of domestic oppression for decades. A thorough examination of the US government’s record of domestic oppression and authoritarianism could go on for hundreds and hundreds of pages.

It is therefore exceedingly obvious when one bothers the think about Trump’s statement, instead of reacting emotionally and reflexively, that he is 100% right when he points out the US government’s record of killing. It is enormous and probably unparalleled in recent history. Certainly, Russia’s measly annexation of and incursion into Ukraine cannot match the US government’s body count in Iraq, nor can the spillover effects from Ukraine compare to the hell that was unleashed on the world in the form of ISIS.

Yet many Americans will find these truths hard to swallow. After all, they have been subject to decades of relentless conditioning and propagandizing which encourages them to identify with the state and to subscribe to feelings of exceptionalism which implicitly denigrate and dehumanize other countries. For these Americans, an attack on the state is an attack on them personally. And any attempt to understand other countries and cultures, particularly ones who are deemed adversaries or enemies, is perceived as disloyalty and treachery. Undoubtedly, there will be no shortage of people accusing this writer of “hating America” or shilling for Putin. But such accusations are based on emotions, not facts. Nothing I just said can or will be refuted by anyone because it’s all true, just like Trump’s statement will never be adequately rebutted by his critics. That such a truth is decidedly inconvenient to the powers that be, who are obsessed with endless warfare and domestic authoritarianism, is certainly no concern of mine.

Do Fetal Lives Matter? Only If You’re a Celebrity

Key Democrat: Gorsuch Should Get ‘A Full And Fair Hearing’