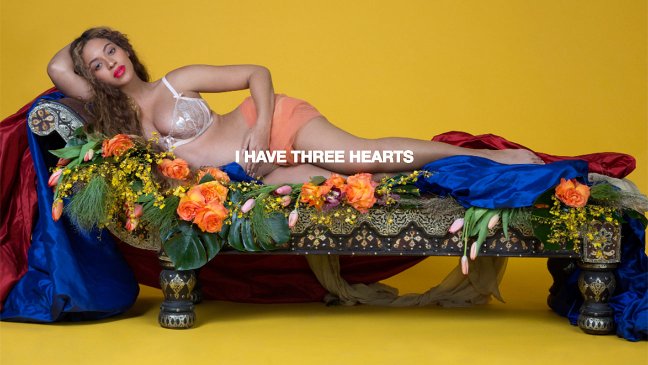 The world learned the joyous news a few days ago that pop star and Black Lives Matter agitator, Beyoncé, is pregnant with twins. She announced her condition on Twitter with a bizarre photograph of herself posing in front of what looks like funeral floral arrangement, wearing only underwear and a sheer veil of fabric. 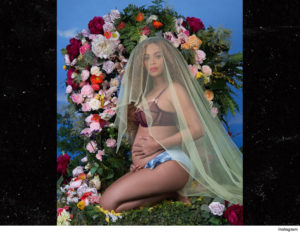 Beyoncé posted a full pregnancy photo shoot  on her website, and the words, “I HAVE THREE HEARTS” appears when you put a cursor over the images. This poetic verse also is featured among the pregnancy pictures. 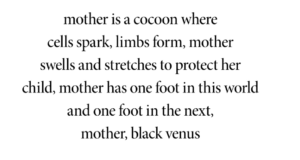 The political left, overjoyed with the news, couldn’t wait to share it.

Progressive writer, Ilana Kaplan, retweeted Beyonce’s announcement saying, “BEYONCE BRINGS US NOT ONE BUT TWO BABIES. THERE IS HOPE IN THIS GODDAMN WORLD.”

Rex Huppke of The Chicago Tribune tweeted, “I hope Beyonce names her new babies Please and Vote so people pay attention next time.”

But the hypocrisy of abortion supporters humanizing these babies was immediate fodder for backlash. 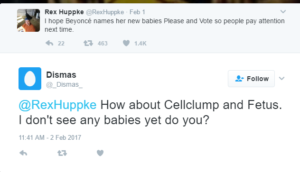 And suddenly the Twitterverse is aware of a hypocritical line of thought that has been with us for decades. Pro-choice parents never fail to refer to their own unborn as babies. When they have a miscarriage, the mourn just like a pro-lifer. I’ve never ever heard them refer to their wanted unborn as a fetus or a clump of tissue or a parasite.

Many years ago I had some women friends at work who were progressives and rather rabidly pro-choice. They were the kind to shut down pro-life opinions quickly with standard non-arguments such as, “Are you going to personally support all of those unwanted black babies?” Yes, she said, “black babies.” And she wasn’t the only one. I can’t even count how many times I’ve heard that. White progressives are as racist as anyone (they are just now taking pride in admitting it), and abortion has always been seen by them as a way to reduce the surplus black population.

So one of these women became pregnant and we were sitting in the lunchroom. She felt her first kick and announced, “Oh, my God! I just felt the baby kick!” I, having been shut down as a pro-lifer many times by this friend, turned to her and said, “You mean fetus.”

The other women at the lunch table—all pro-choice, mind you—sneered at me.

“I can’t believe you just said that!”

“Who do you think you are calling her baby a fetus?!”

And that’s the real problem with the pro-choice state of mind. Their point of view has nothing to do with a scientific assessment of an unborn human, and it really has nothing to do with a woman’s bodily autonomy. The choice it advocates is the personal choice of deciding who is a human being and who isn’t. To these women their own unborn were most certainly babies. All those unwanted black babies? Not human. The unwanted grandchild in a teenage daughter’s belly? Not human. The unwanted baby from that hook-up at the bar (God, what the hell was that loser’s name?)—absolutely not human.

But Beyoncé’s unborn? Superhuman, according to her followers.

So, thank you, Ilana Kaplan and Rex Huppke, for exemplifying this corrupt point of view in the most public of places, the Twitterverse. It’s really time the we had this conversation.

Trump Draws Comparison Between US and Russia, Firestorm Ensues