Massie announced Friday that he intends on forcing a quorum vote on the stimulus package, which is designed to help Americans who were rendered unemployed following the coronavirus pandemic. Trump and Kerry expressed their frustration with Massie in dueling tweets.

Trump kicked off the charge with a tweet Friday morning suggesting the libertarian-leaning congressman looks like a “third rate Grandstander … He just wants the publicity. He can’t stop it, only delay, which is both dangerous … ”

The president said that “workers & small businesses need money now in order to survive,” adding that Republicans must win back the House of Representatives and “throw Massie out of Republican Party.”

Kerry then chimed in, telling his Twitter followers that Trump has a point.

“Congressman Massie has tested positive for being an asshole,” Kerry said of the Kentucky lawmaker. “He must be quarantined to prevent the spread of his massive stupidity. He’s given new meaning to the term #Masshole. (Finally, something the president and I can agree on!)”

Massie can raise a point of order and ask if there’s a quorum under House rules, then he can ask for yeas and nays, which would need one-fifth of those present in order to scuttle the bill. Massie shared his thinking in a tweet Friday, telling his Twitter followers that he “swore and oath to the constitution.”

Massie described the package in a tweet Thursday as “not a good deal,” suggesting House Speaker Nancy Pelosi constructed in a way to make it loathsome to conservatives.

“They’re trying to convince us it should be a voice vote, it shouldn’t be recorded. And I’m struggling with this,” Massie told an Ohio radio station Thursday.

The House passed phase three of the bill Friday afternoon over Massie’s objections.

Phase three of the Senate bill would give $1,200 checks to every American, with married couples receiving $2,400. That check will go to Americans making less than $75,000 per year. Income earners who make above $99,000 would not receive any money. 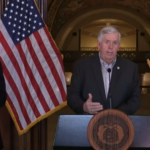 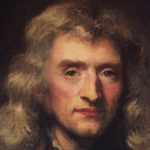