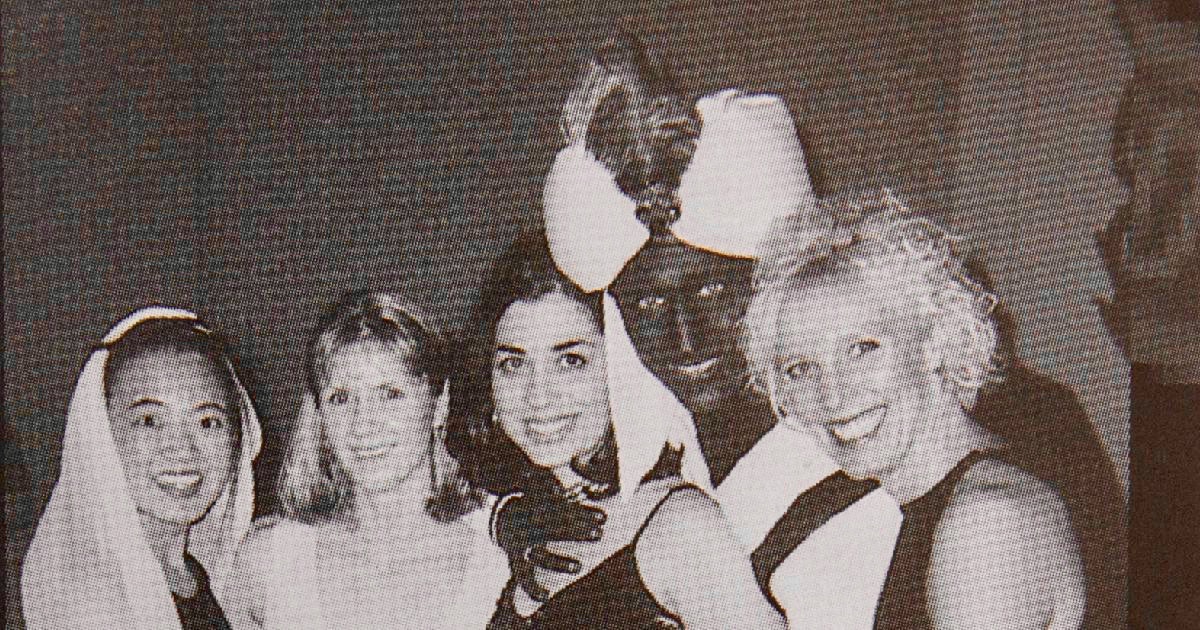 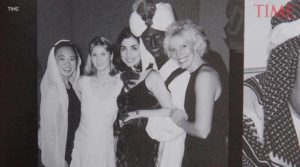 The photo was taken at an end of year “Arabian Nights” party in British Columbia, where Trudeau was a private school teacher, aged 29 at the time.  To his credit, Trudeau apologized profusely and acknowledged that painting himself in this fashion was racist.

“It was a dumb thing to do. I’m disappointed in myself. I’m pissed off at myself for having done it. I wish I hadn’t done it, but I did it and I apologize for it.” – Justin Trudeau, September 18th, 2019

During that same press conference, he also alluded to the fact that he had, in fact, done a talent show act in high school, singing Day-O (The Banana Boat Song) while wearing brownface.  It didn’t take long for that photo to surface, either. 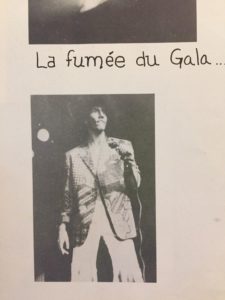 A third distinct instance of Trudeau wearing blackface was uncovered by Global News.

Needless to say, his primary rival, Conservative Party leader Andrew Scheer was quick to respond with an on-brand “Not as Advertised” attack on Trudeau.

“What Canadians saw this evening is someone with a complete lack of judgement and integrity and someone who is not fit to govern this country.” – Andrew Scheer, September 18th, 2019

I know that a lot of TLR readers are not well-versed in Canadian politics.  Federal election campaigns are short – this election was called on September 11th when Prime Minister Justin Trudeau asked the Governor General of Canada to dissolve Parliament and call for an election.  This can happen less than every four years – for the last few cycles, it’s been the full four year maximum allowed by Canadian law.

The Prime Minister (PM) is the leader of the majority party – elected as a Member of Parliament (MP).  For the eleven years prior to 2015, the last federal election, that was (Conservative) Stephen Harper, at the time MP of the Calgary (Alberta) Southwest (now Calgary Heritage) riding.  Trudeau himself is the MP for the Papineau riding, in Montreal, Quebec.  The 2nd place party’s leader is the official opposition leader – a position held by Harper during the Jean Chrétien years in the early 2000’s.

1. Canadians don’t directly vote for Prime Minister.  They vote for their local MP.

2. Because Canada has a multiparty system, it is possible for a Prime Minister to hold that office while his or her party holds a plurality – so, more seats than any other party but still less than 50%.  This can lead to a forced election or a coalition government – and such a forced election did happen in 2011, behind a coalition lead by Liberal leader Michael Ignatieff. It did backfire – the election gave Harper a majority government…. which brings me to point three….

3. The Conservative and Liberal Parties have held the two official positions in every Parliament except one – in 2011, when the farther-left-than-the-Liberals New Democratic Party (behind a charismatic leader named Jack Layton) had a huge wave of victories throughout Quebec and pushed the Liberals into third place overall.

In any other Canadian election, a scandal like this would not quite be as big a deal.  Unfortunately, timing is everything when it comes to things like this.

Three things are different about this already very close election than any election prior.

First, Trudeau has accused several of his leadership opponents – namely Andrew Scheer, whom I mentioned earlier, and Maxime Bernier, leader of the brand new “alt-right” People’s Party of Canada (PPC)  – of aligning themselves with white supremacists. This claim is bolstered by the fact that several candidates from all SIX officially recognized parties (Liberal, Conservative, NDP, Green, PPC, Bloc Québécois (BQ, a separatist party)) have lost candidates to racism and/or sexism allegations.  It’s a racial charged campaign, and the climate is a little touchy when it comes to this subject.  Digging up dirt on social media has been the MO of the Trudeau war room. In that respect, such photos and videos being released could not have happened at a worse time.

Second, it is worth noting that Trudeau is from Quebec, and made many of his initial announcements for his campaign in the Quebec city of Trois-Rivières, which is about halfway between Montreal and Quebec City.  He is fluently bilingual, as are many Québécois – and this is a valuable asset in a country that is bilingual by statute.

However, the fact that BQ exists should be the first clue that Quebec is a little different than the rest of Canada.  This isn’t solely due to the fact that French is the primary language spoken there.  It’s a different culture.  This has recently been underlined by what is known as Bill 21, a secularism law that prohibits public-sector employees in positions of authority — including teachers, police officers and judges — from wearing religious symbols while at work.  For some in the United States, this might seem normal or acceptable – after all, separation of church and state – but for Canadians outside of Quebec, and even many inside, this is an outrage.  Those in Quebec who support Bill 21 are quick to point out that this type of thing that is seen as “racist” is not a big deal in their culture.  Although Trudeau has come out HARD against Bill 21, his appearance in brownface aligns him with an element with which he might not want to be associated.

As an aside, this isn’t the first time that a recent scandal tied Trudeau and Quebec together so tightly. In a nutshell, Liberals under Trudeau’s watch (it’s unclear as to what his actual involvement was) bent the rules to make some criminal charges – specifically bribery and fraud tied to a Libyan government contract – against Quebec engineering firm SNC-Lavalin (a crown jewel of Quebec success on the world stage)  go away.  This has angered most of the country, but Trudeau’s poll numbers are up in Quebec because of his possible tie to this scandal.  It’s good for Quebec because SNC-Lavalin was threatening to leave Canada in large part due to these charges.  It doesn’t look great for Trudeau.

The third is possibly the most important and most damning for Trudeau.  I fully expect that he has talked to his Liberal candidates who would have been offended by his brownface, but I don’t expect that he has directly reached out to his opponents.

In literally any other election, that would not have been as big a deal, right or wrong.  However, in this election, for the first time ever, a permanent party leader who is a member of a visible minority has emerged. That person is Jagmeet Singh of the NDP, a Sikh and the first turbaned MP. 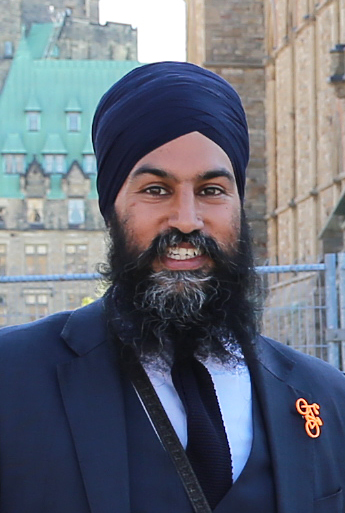 Whereas Andrew Scheer, Maxime Bernier, and Green leader Elizabeth May expressed direct outrage towards Trudeau – justifiably – Singh didn’t initially.  He wasn’t so concerned about his reaction and offense (he did imply in a press conference that he was used to racism like this) so much as how people might be directly impacted by this news – something that Trudeau largely ignored.

Tonight is not about the Prime Minister.

It's about every young person mocked for the colour of their skin.

The child who had their turban ripped off their head.

And those reliving intense feelings of pain & hurt from past experiences of racism.

To you, I say you are loved.

As more evidence of Trudeau’s brownface has emerged, the rhetoric from Singh has gotten more pointed (“troubling” and “insulting”) are two adjectives he’s used,  but it’s still a lot more genuine, and it has bolstered the NDP’s chances in an election year where they weren’t doing so well.

And that brings us to Trudeau’s really big problem – and it’s far broader than a scandal that has a chance of fading eventually.  Trudeau’s poll numbers are really low, with Liberals and Conservatives statistically tied in the mid-30% range at this point.  His apology might have been sincere but it didn’t resonate as such.  He’s selling himself as a progressive leader, and yet repeated incidents like this happen.

And this is going to hurt the Liberals if Trudeau doesn’t act or step aside, and he seems unlikely to do either.  Unlike the States, where the majority of the voting public sees a binary choice, Canadians have choices both on the right (Conservatives, PPC) and left (Liberals, Greens, NDP), and even separatist if you live in the right place (and not just BQ, although they are biggest by far – Alberta also has an Independence Party).  And, by the way, a Libertarian Party, too! Voters can and will go elsewhere.

What to Know About Ridesharing Accidents