(Editor’s note: Some of the topics discussed may not be suitable for all audiences)

The transgender community has spoken out about their frustrations following the Women’s March in Washington DC, calling the protesters’ fixation on female genitalia “oppressive.”

While the common consensus to outsiders would seem to be that progressives everywhere felt the march was a huge success, being that it reportedly had half a million marchers, some in the trans community thought the prevalence of “pussy hats,” vagina costumes and paintings of female genitalia were “oppressive” toward their community, reports The Blaze.

“[P]ussy hats set the tone for a march that would focus acutely on genitalia at the expense of the transgender community,” Mic.com staff writer Marie Solis reported. “Signs like ‘Pussy power,’ ‘Viva la Vulva’ and ‘Pussy grabs back’ all sent a clear and oppressive message to trans women, especially: having a vagina is essential to womanhood.”

The Blaze reports that the fixation on female genitalia was because it was highlighting Trump’s vulgar remarks about women in the past, most notably his 2005 hot-mic comment that he could “grab” women “by the p***y” because he’s famous.

According to the Mic.com report, the march was overrun with too many slogans and too much imagery that relied on gender norms.

This was so much the case that an apparent feud broke out internally between protesters. Transgendered women and “trans-exclusionary radical feminists,” who believe real women are those who have a vagina from birth, squabbled about their differences, and the costumes worn.

“The main reason I decided not to go was because of the pussy hats,” one transgendered woman told the liberal news site. “I get that they’re a response to the ‘grab them by the p***y’ thing, but I think some people fixated on it the wrong way.”

“I believe there’s a lot of inequality that has to do with genitals — that’s not something you can separate from the feminist movement,” the trans woman added. “But I feel like I’ve tried to get involved in feminism, and there’s always been a blockade there for trans women.”

Mic.com‘s Solis went on to explain that some “nonbinary” individuals, those who do not identify as male or female or who say their gender identity evolves over time, felt the protest “might be a dangerous space for them” because Saturday’s event was a “white cis women march.”

One couple, Sam Forrey (a nonbinary student) and Forrey’s girlfriend Lilian McDaniel (who is transgender), told The Blaze that they were upset that the protest centered on “genital-based” womanhood.

“There were other marginalized communities there,” McDaniel said, “but it didn’t seem like they were the focus.”

“As a nonbinary person, the emphasis on genitals just bought into the rigid, Western concept of gender,” said McDaniel. 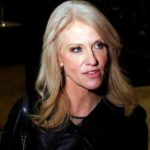 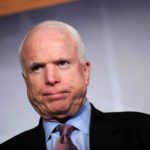