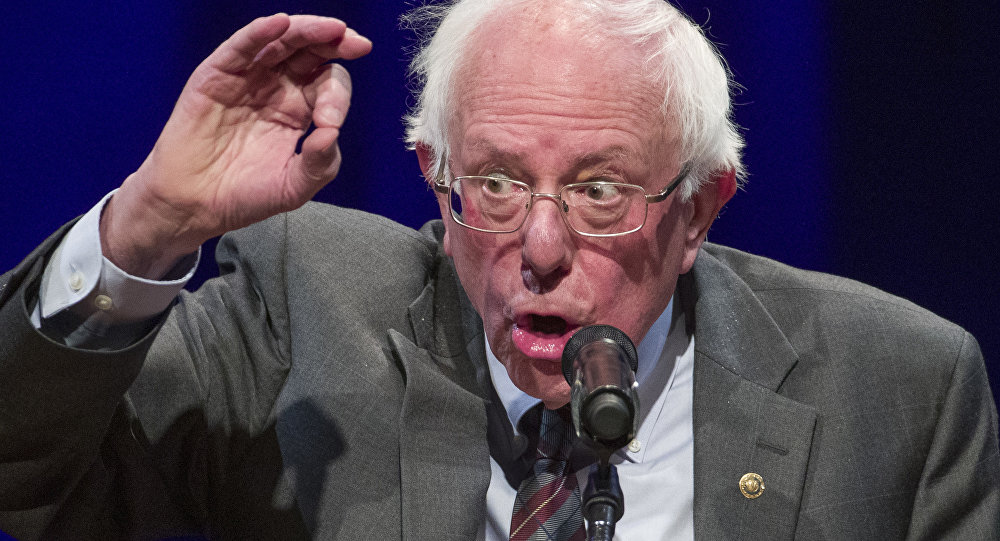 Tuesday morning, Vermont Senator Bernie Sanders announced that he is running for president. Sanders would be considered the frontrunner for the Democratic Party’s nomination after raising $6 million in the first 24 hours of fundraising after announcing his candidacy. The 2016 Democratic runner-up is generating a lot of buzz from pundits and social media, but let’s discuss why that won’t matter when it’s all said and done.

5) He isn’t the only progressive in the race

A factor that played a strong role in Sanders’ 2016 success is the fact that his only opponent for most of the race was Hillary Clinton. Even though Clinton tried to move further left on some issues, she was still seen as a moderate among Democrats. Sanders will no longer be the lone voice speaking in support of many of his trademark issues.

Elizabeth Warren will be a new voice speaking a similar message, while Andrew Yang is running on a promise of giving out a $1,000 basic income to everybody. Sanders will be relying on his base to keep him in position as the party’s frontrunner. After raising $6 million in a day, that is surely possible, but he will now have to debate people who will be articulating the same message to that same base. I’m not sure if those other candidates have three luxury homes like Sanders, but authenticity may play a role in 2020.

4) Biden is still the polling frontrunner

According to RealClearPolitics, fmr Vice President Joe Biden holds a 10.7 point lead over Sanders in an average of polling done between 1/15/2019 and 2/17/2019. A poll conducted my UMass, published on February 20, gave Biden an 8 point advantage over Sanders in the key primary state of New Hampshire.

Enthusiasm for the Sanders campaign may be overstated, as he is still trailing in the polls. Another factor brought to light by polling, is that Democrats are still looking for a strong moderate candidate like Biden. Sanders will have to battle the party establishment yet again, regardless of if Biden runs.

The Democrats lost in 2016 after nominating a former runner-up, and many are looking for a fresh face to represent the party. Luckily for those Democrats, they have some options. Rep. Tulsi Gabbard (HI), 37, Sen. Kamala Harris (CA), 54, and fmr San Antonio Mayor Julian Castro, 44, are all younger declared candidates with star power potential. Fmr Texas Rep. Beto O’Rourke, 46, has not yet announced, but would immediately be considered to be in the upper echelon of 2020 contenders if he chose to run.

Gabbard, Harris, and Castro would each make history by being elected. Gabbard and Harris would each become the first woman to be elected president as well as the first Indian, and Harris would also be the first Jamaican. Castro, if elected, would become the first latino president. Either of these three candidates would make history, much like how President Obama did in 2008. Star power potential allowed Obama to shine over Hillary Clinton in the 2008 primary race, and would eventually help to supplement his legacy as the nation’s 44th president. Similarly to Obama, Castro burst onto the political scene with his own attention-grabbing DNC speech.

The Democratic field is full of potential history makers including, Andrew Yang, Sen. Elizabeth Warren, Sen. Amy Klobuchar, and more. Those listed above are the strongest candidates, however the potential for Democrats won’t stop there.

2) Trump’s base has never been stronger

The 45th president is currently polling at 89% favorability among Republicans. To put Trump’s popularity into perspective, fmr President Barack Obama had a 48% approval rating in February 2011. In February 2019, with the same distance to go until his re-election try, Trump boasts a 53% approval rating. If Sanders makes it past the crowded Democratic field, he’ll have to face a president that has never been more popular. If America couldn’t stomach another Clinton, it is unlikely they will stomach socialism.

1) Socialism is still unattractive to most Americans

Fox News conducted a poll February 10-12 collecting data on the favorability of capitalism and socialism. Socialism’s favorable/unfavorable rating among likely voters read at 25% and 59% while capitalism’s was at 57% and 28%.

There’s no denying the rising popularity of the far left socialist movement in America. However, much like the Tea Party of the late 2000’s, it is struggling to catch on with everyday Americans. Sanders’ steepest hill to climb in 2020 will be selling the American people on the socialist dream.