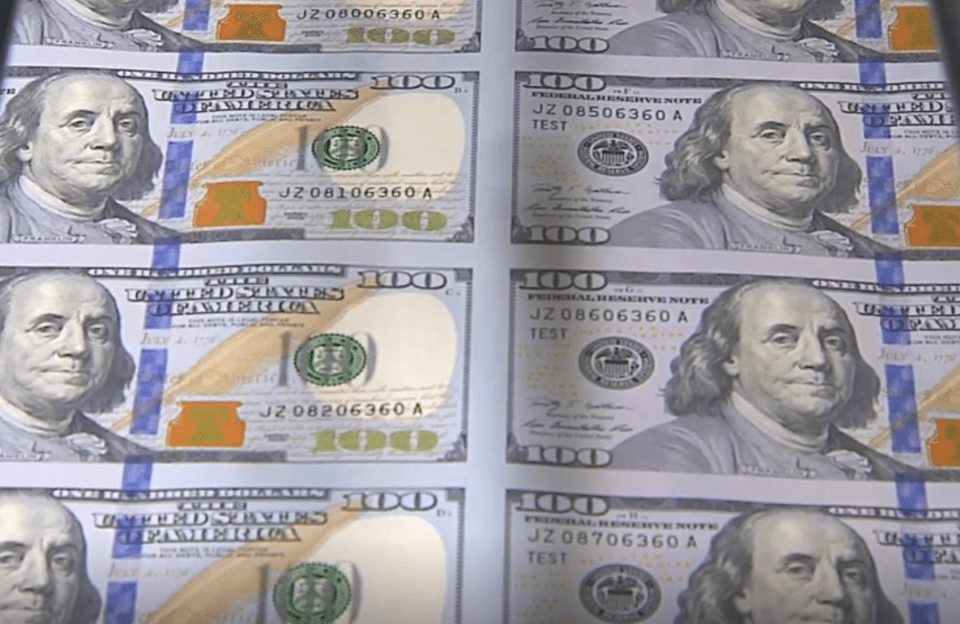 How much money can our government give away and still remain viable? How much money can Americans spend without being tired of spending? How many subsidies is the business community willing to accept without recognizing its addiction to socialism? So far, the federal government, under the guise of Covid relief, has passed five laws that gave away $5. 7 trillion. Additionally, the Federal Reserve has kept interest rates near zero for years and has loaded its balance sheet with $7.8 trillion of assets, including junk. The far-left economists advising the Biden administration justify the spending under the Modern Monetary Theory. Citizens are merely taking their share of the money, now.

The U.S. Dollar has dropped to ninth place in the strongest dollars in the world, behind the likes of the Kuwaiti Dinar, Bahraini Dinar, Omani Rial, and some of the currencies of large countries like the Euro and the Pound Sterling. Our debt to GDP ratio is the seventh highest in the world. The U. S. has more debt than the next five largest debtors combined (Japan, China, United Kingdom, Italy, and France).

Is anyone, yes, anyone worried about the consequences?

Obviously not! The U.S. recently finished an election for president, the entire House of Representatives, and one-third of the Senate.  Not one candidate for federal office in 2020 made serious mention of our $28 trillion national debt. $24 trillion or 84% of our $28 trillion national debt has been created since the presidency of George W. Bush. Part I charts out the debt by president.

On top of the current debt, President-elect Biden is proposing $11 trillion in new spending. Every president has an excuse for massive debt. Trump had the pandemic; Obama the 2009 financial crisis; George W. Bush had 9/11. Biden just wants to spend so history remembers him as restructuring the country. Might history remember Biden as the president who destroyed the Dollar and bankrupted the nation?

MMT asserts when a nation has a sovereign currency, debt can be accumulated since it is owed to itself.  Money can be simply credited to another’s account (printing money in old-fashioned terms) without having to sell bonds that require interest payments. This magic process involves keystrokes on a computer. New digits are created electronically on a balance sheet allowing government to spend whatever it needs.

The foundation for such MMT magic is the belief that government creates all wealth by spending money into existence. Government spends to incentivize citizens to want more of what government wants us to have. And by commanding that all taxes be paid in the currency controlled by the government, everyone needs to earn money to pay taxes for the government services they want.

MMT economists view money creation as a valuable economic tool that does not automatically devalue currency when used to address an underperforming economy. By creating new money, jobs are created, and productivity increases. According to Federal Reserve chairs, “…government can print all the money it needs, and nothing bad happens.” Simply, MMT economists posit that when an economy has unemployment, government is not spending enough money and can spend until full employment is reached.

Under MMT, inflation is the primary risk of spending more than needed to reach full employment. When inflation occurs, MMT recognizes it will need to raise taxes and interest rates to control inflation, yet proponents ignore the implications of such recognition. However, as long as the Federal Reserve keeps interest rates near zero, there is not a need to repay the debt since no interest is due. But is there a point where the accumulated debt is so great that it cannot reasonably be serviced if interest rates rise?

Our Constitution does not authorize free money by keystroke

While our Constitution does not mandate any specific economic system, it does specify how government acquires, values, and spends our money. Politicians should understand how MMT squares with our constitutional structure before promising unlimited free money without increasing taxes or interest rates.

Our constitution starts with the words “We the People of the United States”  have created a government with certain limited powers. As to currency, our government is authorized to coin money, and regulate its value and relation to foreign currency. Our government can borrow money on the credit of the United States; however, money cannot be drawn from the treasury unless Appropriations are made by law and all expenditures accounted for. These limits impose constitutional accountability by limiting government action.

Since the currency of the United States is only as valuable as the credit of the government supporting it, there is no provision allowing government to magically create an unlimited money supply by a keystroke, and then by another keystroke use the magic money to pay bills or debt.

As more dollars are made out of thin air, they become less valuable unless needed as a source of exchange in the United States. Since the Constitution contemplates international commerce and a valuable currency supported by the credit of its government, MMT is far outside the Constitutional framework that requires a strong currency for trading with the nations of the world. In fact, MMT will force the U.S. to become an insular society to ensure its currency remains valuable to citizens.

It is easy to see why Progressives are so enthralled with MMT. They believe since government creates all wealth, it has the right to tax back all wealth, after all, it’s the federal government’s money. Citizens merely exist to do what the government wants them to do. Citizens merely buy—and now are give—the services government wants them to buy or have. Such a system could be termed communism. Unfortunately, it is not communism; it is raw Democracy. People, through their representatives, just vote themselves money.

Franklin was right, we are heralding the end of the Republic.

Where to find clients when you are a freelance developer?