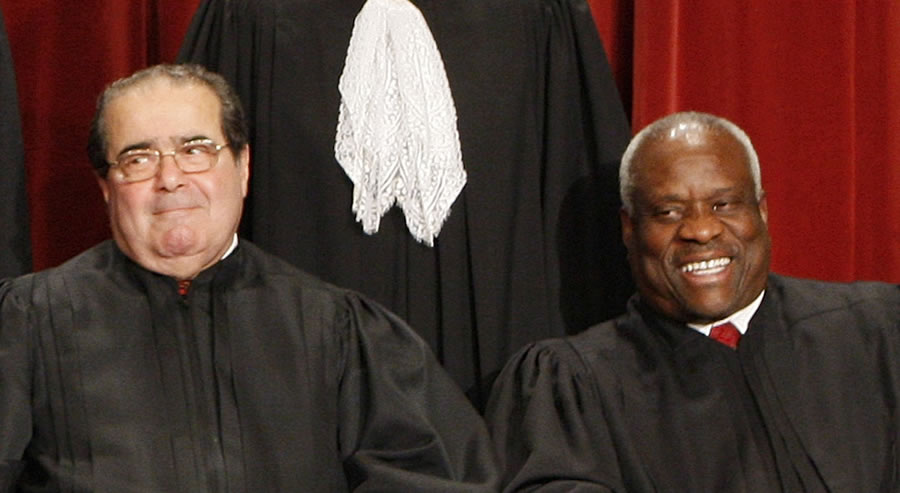 At the behest of John Malcolm, director of the Meese Center for Legal and Judicial Studies and emcee of the evening’s lecture, Thomas shared several anecdotes about Scalia, including a private exchange about Scalia’s 1997 opinion for the Court in Auer v. Robbins.

“We were sitting on the bench one day, he leans over to me and he says ‘Clarence, Auer is one of the worst opinions in the history of this country.’”

“Nino, you wrote it,” Thomas quipped.

“Auer deference” is a legal doctrine which requires a court to defer to an agency’s interpretation of its own rules and regulations as long as its interpretation is not “erroneous” or “inconsistent” with the regulation. (RELATED: Deluge Of Disrespect Greets Clarence Thomas For 25th Anniversary On SCOTUS)

The Auer doctrine looms large in the administrative law scene. The doctrine is regularly invoked by agencies to protect their various activities. The U.S. Department of Labor invoked Auer deference when it announced that mortgage-loan officers were entitled to overtime. The Environmental Protection Agency did the same in requiring companies to obtain permits for water runoff from ditches running parallel to logging roads. It is difficult to overstate how much federal activity is protected by the Auer doctrine.

Though Scalia championed agency deference for much of his early tenure, as time progressed he became increasingly suspicious of Auer and its peer Chevron. He all but renounced his Auer opinion in his Decker v. Northwest Environmental Defense Center dissent, concluding that Auer contravened separation of powers. His conversion on the issue was no secret, a frank admission of this nature to a colleague underscores the deep antipathy Scalia developed toward the matter as his time on the bench progressed.