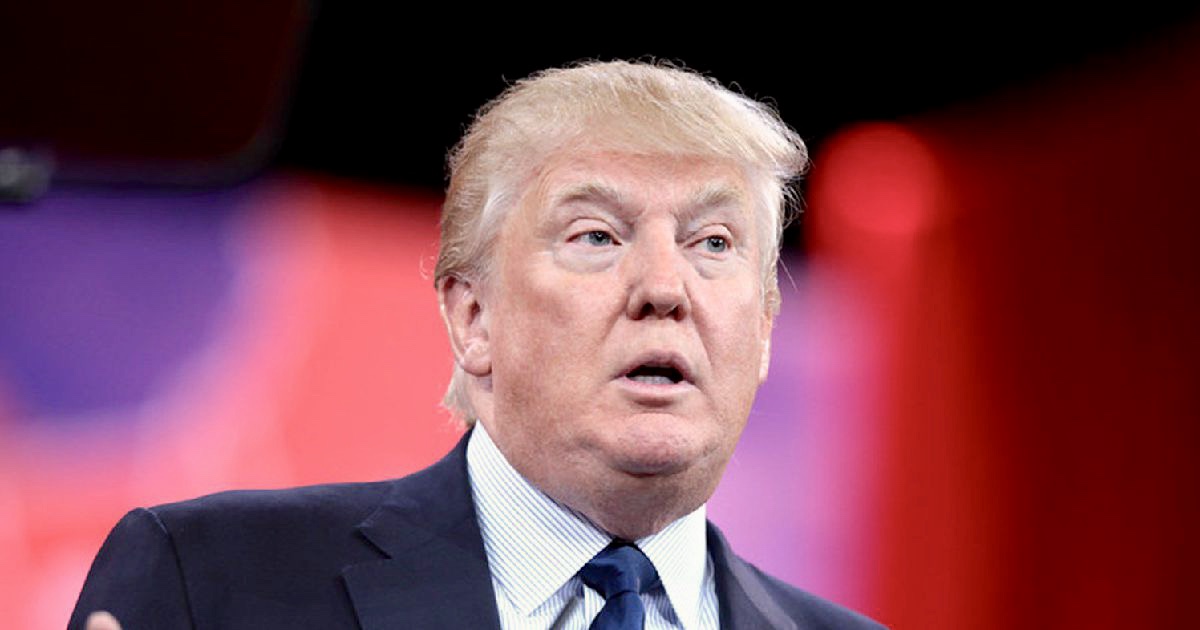 On Sunday, President Trump took to Twitter to announce that he would more than double tariffs on $200 billion worth of Chinese goods. Indeed, he may introduce further tariffs beyond that. This is the latest shot in a trade war with China. On Monday, the president explained the underlying logic for this on Twitter.

The Trade Deficit Is Not “Lost Money,” It Is Gained Consumption

President Trump is worried about the trade deficit the United States has with China. This is simply the difference between US exports to China and its imports from it, where imports are greater than exports (when exports are greater than imports you have a trade surplus). Last year, the US exported $120.3 billion worth of stuff to China and imported 539.5 billion of stuff from it. The $419.2 billion gap is the trade deficit.

But President Trump is wrong to describe this as “lost money.” This idea is one of the older arguments in economics. In the 18th century, the mercantilists believed that the purpose of trade was to run a surplus so that a country could accumulate the gold its trading partners would send to it to cover their deficits.

Smith pointed out that “Consumption is the sole end and purpose of all production,” not the piling up of idle gold stocks.

In 1776, Adam Smith wrote The Wealth of Nations largely to debunk this doctrine. Smith pointed out that “Consumption is the sole end and purpose of all production,” not the piling up of idle gold stocks. We can’t eat gold, wear it, or live in it any more than we can with dollar bills. They are useful for the goods and services we can purchase with them. The point is not to accumulate money but to purchase goods and services.

Looked at this way, the trade deficit is a good thing for the US. In 2018, the US imported $2.5 trillion of stuff from the rest of the world. In return, it sent the rest of the world $1.6 trillion of stuff. Thanks to trade, the US was able to consume about $900 billion more stuff than it sent to other people to consume. The trade deficit is not a loss of money, it is a gain of consumption.

Like anyone else, the US borrows to cover the deficit. As China runs a trade surplus, selling more stuff than it buys, it accumulates dollars. These get shipped home, where they purchase Treasury bills—China held $1.13 trillion in February—as well as companies, like Smithfield Foods, the world’s largest pork producer, which was bought by Shuanghui International Holdings Limited, the biggest meat processor in China, in 2013, and real estate; Chinese buyers have been the top foreign buyers in both units and dollar volume of residential housing for six years straight, according to the National Association of Realtors. This inflow of funds shows up as a surplus on the US capital account, the counterpart to its deficit on the trade account.

Indeed, when President Trump says the US is “a piggy bank that everyone keeps robbing,” the truth is precisely the opposite. The US deficit on trade is financed by its surplus on the capital account. In other words, the rest of the world is lending the US its savings to finance purchases from the rest of the world by American consumers.

The fact that China is stealing IP from others rather than generating its own is a sign of its economic weakness.

As long as the US can keep borrowing and China keeps lending, this needn’t be a problem. But if not?

If China stops buying Treasuries, their price will fall, and so will the value of its holdings. As John Paul Getty is supposed to have said, “If you owe the bank $100 that’s your problem. If you owe the bank $100 million, that’s the bank’s problem.” The US real estate purchased by Chinese investors isn’t going to be shipped to Chengdu, London Bridge-style. Likewise with most of the assets of its corporate purchases; Smithfield Foods’ plant isn’t going anywhere. What is moveable is the IP of these companies, but that is a whole other issue with China. And to the extent that China is stealing IP from others rather than generating its own, that is a sign of its economic weakness.

The US Trade Deficit Isn’t Even a Thing

But, more fundamentally, “the US trade deficit,” which all this fuss is about, doesn’t really exist. It is just a statistical aggregate of the countless decisions taken by individuals and businesses within the US. “The US” doesn’t import or export—American individuals and businesses buy and sell. If Hy-Vee buys English cheddar, it will send the English cheesemonger some cash and receive cheese in return. This will show up in the trade deficit. If it buys Wisconsin cheese, it won’t. The same goes if you buy a foreign car or DVD player. Add all these individual decisions up for the US, and you get either a trade deficit or surplus. Either way, it isn’t clear why you should be worried about it as long as you can pay for it. If you can’t, then, just like the US, you cut back on consumption and increase production.

I run a hefty trade deficit with Target. They give me goods, and all I give them in return are bits of paper with presidents’ faces on them.

“The trade deficit” isn’t something we should be worried about. It isn’t even a thing at all, really. President Trump’s strongest card is the US economy. He would be crazy to risk it for a non-existent bug-a-boo.

John Phelan is an economist at the Center of the American Experiment and fellow of The Cobden Centre.