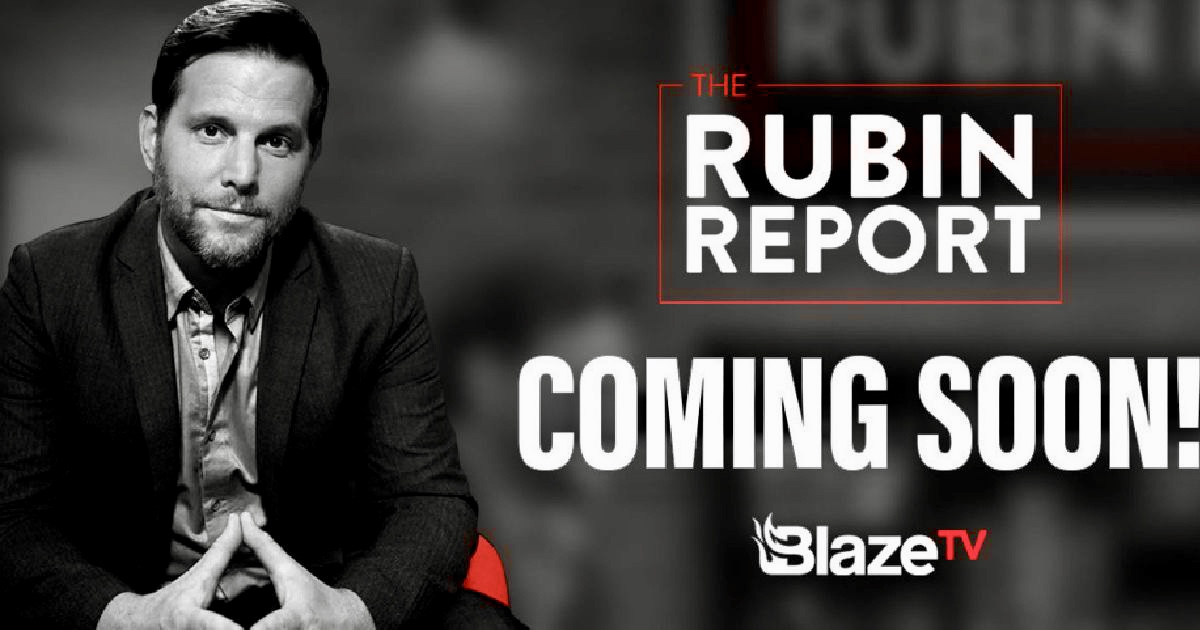 Tuesday evening, Dave Rubin, host of the popular YouTube-based talk show “The Rubin Report”, announced he will be joining the talent at Blaze Media.

Rubin made the announcement at the end of a special two hour live broadcast of “The Rubin Report” hosted by TheBlaze.com founder and BlazeTV host Glenn Beck.

🔥BIG ANNOUNCEMENT: "The Rubin Report" is officially coming to BlazeTV! Sign up today to get access to @RubinReport and use promo code "Dave20" for $20 off a @BlazeTV subscription🔥 pic.twitter.com/8iqQ0qezES

The broadcast, which was streamed live on YouTube Tuesday evening, comes after Rubin went off the grid for 33 days with no contact or social media interaction.

The conversation between Beck and Rubin covers a wide variety of topics from Glenn catching Dave up on the biggest stories over the past month to platforms like YouTube suppressing free speech. The also discussed ways to combat the issue without government intervention, which both men agreed would only make the problem worse.

“I just don’t buy the YouTube game anymore,” said Rubin, noting his problems with the platform over free speech.

“We have to be ubiquitous,” responded Beck, according to TheBlaze.com.

At the end of the broadcast, Rubin announced  that he will still be using YouTube, but that he will be signing a deal with Blaze Media CEO Tyler Cardon which allows BlazeTV to distribute the popular political talk show. Rubin added that his team is working on an app which will enable content creators to create their own terms of service and does not collect their data.

“I always find it funny when people say, ah, you libertarians, you’re complaining, you’re not allowed to complain because you don’t want the government involved so you should just shut up. No, that’s the beauty of Libertarianism or Classical Liberalism, or whatever – use your voice without demanding that someone behave the way you want them to,” Rubin said.

Things are certainly heating up at Blaze Media in what appears to be a very good way as Dave Rubin joins forces with the largest independent media company for both Conservatives and Libertarians since the Blaze Media/CRTV merger.