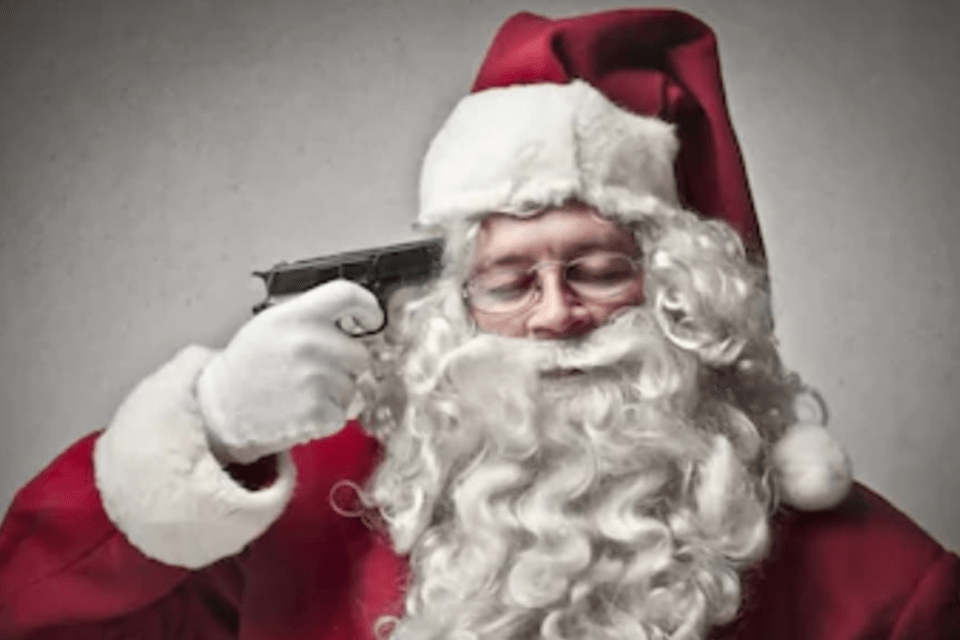 Listen up kid, you could have starred in your own feel-good Original Hallmark Movie about saving your parents’ marriage on Christmas. Instead you wrote this ridiculous song. You could have tipped your father off without making a complete fool of him on the radio. I’m sure you’re sitting there wondering what’s taking him so long to get back home with that pack of cigarettes he went out for. Merry Christmas, you little shit.

Your neighbor Scott said Santa alerted the entire neighborhood about your mom by flying away from your house, laughing Ho Ho Ho. I wouldn’t be surprised if your mom ruins some of their marriages too while she’s at it. At this point, you really should tell her to start browsing Sugar Daddy.

You whiny emo douchebag. If you waited until Christmas to give her your heart, it’s really no surprise that the very next day she gave it away. This year won’t save you from tears, because it sounds like you’re about to repeat the exact same mistake. You’re not all that bright, are you. Maybe that’s why this song plays every goddamn year. You just never learn!

Did it ever occur to you that there is more than one day a year? It’s rather insulting to not pay attention to someone the other 364 days and then act like you’re the 2nd Coming of Jesus on Christmas. But the very next day it was back to playing video games and watching sports ALL THE TIME. Who could blame her for junking that? Get over yourself, and quit making her out to be the problem. This has been happening to you every year since 1984. Maybe that’s a hint?

I’m Dreaming of a White Christmas

Look, I love getting together with extended family as much as anyone else. But at some point, I want them to leave. Having them be snowed in with me is not my idea of a Merry Christmas. To make matters worse, snow covered branches are falling onto power lines and it’s only a matter of time before your circuit goes down too. Fun!

Snow needs to stay the hell out of the lowlands, and Christmas is no exception. A good Christmas song needs to be universally applicable. Southern states don’t even get snow. The concept of dreaming of a White Christmas doesn’t even make sense to people in the South.

[Correction: We have been informed by David Duke that dreaming of a White Christmas makes perfect sense to people in the South]

Look, I know that we’re trying to be as inclusive as possible here… but the whole Mommy got cancer for Christmas is seriously jumping the shark.

“The song’s storyline was inspired by a Christmas story that St. Louis-based radio personality DC Chymes found on the Internet. A NewSong fan, Chymes asked Eddie Carswell to write a song based on the narrative.”

Did it ever occur to you that what you found on the internet was an edgy Helen Keller Joke? What did the blind deaf mute get for Christmas? Cancer!”

Did you all ever think that maybe The Grinch is the way he is because every five minutes someone is singing a song about what a piece of shit he is?

Look, there’s only so much that someone can take. Maybe he didn’t hate Christmas. Maybe he hated The Whos and their stupid moobs that stick out past their bellies and their dumb songs and Mitt Romney look-a-like mayors.

I’d be pretty pissed off too.

Like, this is bullshit. I could have been taking a nap with the Lorax but instead I’m stuck in a snowy cave having to hear all the Noise Noise NOISE? Go hop on pop and then kiss my ass.

3 Reasons You Should Run and Cycle Alternately in a Month